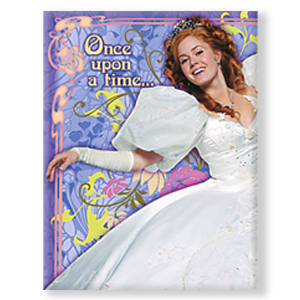 Stuff to tell you about today:

--I'm not into video games, but apparently a lot of people are into the one called Grand Theft Auto. Christ and Pop Culture has an interesting article about it the release of the latest edition of the game: Grand Theft Auto IV: Boycott or Buy?

--The deadline is today to comment on a proposed FCC rule change that some say would threaten the licenses of Christian radio stations all across America.

--More than 40 people were injured when the floor collapsed during a concert of the Christian band Starfield in Abbotsford, British Columbia. Reportedly the lead singer of the band tried to warn the teens to stop jumping up and down just before the collapse. From the Canadian Press and Globe and Mail Update:

Some rushed outside as fire sprinklers rained down, while others, including
the band's singer, tried to help the injured.

"The lead singer of the band, as soon as it happened, he actually threw
his microphone to the side and he jumped right into the crowd to start saving
people," said Mr. Neiman [a Christian book store employee attending the
concert.]

"He jumped right down into the hole, 10 feet down, and he was down
there pulling stuff off people and trying to get people out."

At this moment, we are consumed with concern and compassion for those who were
injured, especially for those who were described to be in serious condition. Our
hearts are with them. We ask that you join us in prayer for them.

--PorchLight Home Entertainment is launching a new family- and faith-based label. The first DDV release will be the PBS animated series based on William Bennett's The Book of Virtues.

--Churches and seminaries are preparing for next year's 500th anniversary of the birth of Protestant reformer John Calvin. (See also Calvin500.org)

--What did you think of the return episode of "Lost"? I, for one, think Benjamin Linus is a way more multi-layered character than I ever thought possible. And Michael Emerson, who plays Linus, is one incredible actor. To read comments on the episode, my favorite spot is the USA Today Pop Candy Blog. 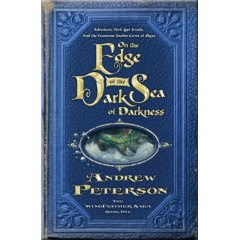 I finished Andrew Peterson's charming, funny and quirky On the Edge of the Dark Sea of Darkness, and I'm looking forward to interviewing him this week.

--I finally watched Enchanted, and even though it's geared in many ways to a young audience, I really liked it. Just as everyone has raved, Amy Adams was adorable in it. I also got a kick out of seeing one of Disney's favorite voices, Jodi Benson of Little Mermaid fame (who happens to be a native of the town where I live), as Patrick Dempsey's secretary--and Wicked's amazing Idina Menzel as Dempsey's girlfriend (I kept hoping she would break out in song!)

Happy Monday, everyone!
Posted by Cindy Swanson at 6:38 AM

I do like Ben Linus on "Lost." He definitely is multi-talented. However I think "Lost" has lost some of the mystery that I liked about the show. However, it's still the best thing going as far as I'm concerned.

I found your blog today. I was looking up Edgar Faghaly...he with us at our Global Mission Impact week...I noticed you knew him. I so enjoyed hearing him speak Sunday. What a challenge to be busy about the Father's business!
I've enjoy perusing your blog!

As always it's so nice to see your comments over at "Got Bible?"

I love all the information provided in your post, but the one tidbit that resonates with me is the fact about the new Grand Theft Auto Game. I cannot tell you and your readers how this game has disrupted my classroom time and time again.

You would not believe how many nine year old little boys are allowed to play this game and discuss it at school in every inappropriate detail. There are also posters that usually come with the game packaging that can only be described as graphic pin-up pictures of women...even if they are cartoonish and not real women. The boys bring these to school and pass them around.

Parents....this is NOT a game for your children.

She's one of my absolutely favorite actresses. She shines in everything she does and is amazingly talented (could you BELIVE her voice?!).

She also guest-starred on Smallville - one of my favorite episodes - as an overweight girl (no wonder I liked it so much), but her finest performance was in a little indie movie called Junebug! That was an intricate, beautiful, funny, dramatic movie - I totally recommend it!!!