13 of My Favorite Recipes 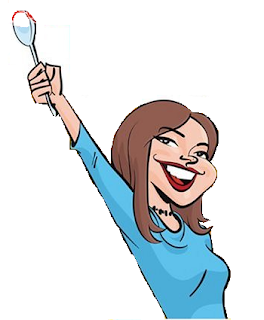 Nine of these are ones I've featured here on this blog...the other five are ones that I plan to try because they look delicious!

7. One of my all-time favorites: The Weight Watchers graham cracker dessert

8. My sister Beverly's incredibly delicious, easy-to-make lasagna (you'll have to scroll down a bit)

And here are a few I've tried or want to try

10. Sauerkraut salad--I know, sauerkraut...but I had this at a restaurant in Texas and it was fantastic! My sister Lisa made this recipe using Splenda instead of Equal, with great results.

11. Orange Beef Stir-Fry with Broccoli and Red Pepper--I've made this one, and my family loved it

12. As a diabetic, I really miss carrot cake--so I want to try this Carrot Ginger Muffin Recipe I saw in the current Women's Health magazine.

13. This Chipotle Chicken Alfredo Pizza , currently being featured at Ashley's Cafe, the recipe blog of Ashley, who happens to be a Pampered Chef rep. It looks mouth-watering! In fact, scrolling down the page on this blog is enough to make me gain five pounds. Everything looks so delicious. 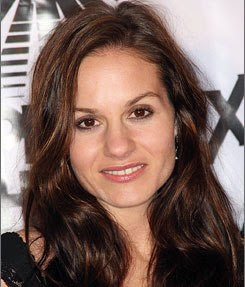 ...and interesting stuff to tell you...

--There'll be another lady (along with Paula) at the judges table on American Idol next season.

--Pastor Joe Thorn is giving you a chance to give some feedback about sermons (i.e., "When is a sermon too long?"). (Hat tip to A Brick in the Valley.)

--The guy who wrote "Basic Instinct" is now writing about faith and his Damascus Road experience.

--Did you enjoy watching the Olympics this year? Check out Time's photo gallery. (Hat tip to Angela Hunt.)

--"Lost" fans: Michelle Rodriguez will be back this season, at least for one episode. (Probably in someone else's flasback?)

--Thinking about getting an iPhone? After a week of owning one, John Mark Reynolds gives us five things about the iPhone.

--From Stuff Christians Like: Always sitting in the same seat at church. (And yes, I confess...I usually sit in the very same spot.)

--An Italian priest has backed out of his online beauty pageant for nuns. 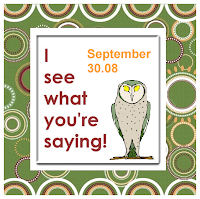 --Linda at 2nd Cup of Coffee wants you to video blog on September 30th. I'm going to try!
Posted by Cindy Swanson at 10:11 AM 3 comments:

Thirteen Things to Tell You About 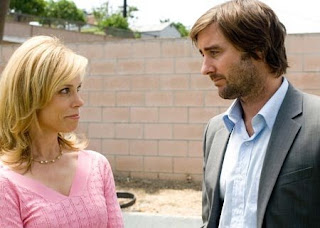 Cheryl Hines and Luke Wilson in "Henry Poole Is Here"

A plethora of links for you...as always, if you're busily surfing other Thursday Thirteens, bookmark this and come back at your leisure!

--Come on, you know you've always wanted to look like former American Idol contestant Sanjaya! Here's a website where you can actually Sanjaya-ize yourself. (Mmm...I'll pass.) That boy is reaaalllllyyyy stretching out his 15 minutes of fame...

--Remember those foods you loved when you were a kid, but now you think they taste terrible? Apparently they're called pixifoods.

--Beliefnet's Idol Chatter blog is giving away five copies of Rebecca St James new book, Purity: a 90-Day Devotional for the Mind, the Body and The Spirit.

--Speaking of Aussies...apparently a good luck call from Nicole Kidman helped the Australian sailing team win a gold medal in the Olympics.

--What? There's not enough liberty in China to allow free Bibles to be handed out? More here.

--I don't know about you, but I think it's truly kind of Donald Trump to give the downtrodden Ed McMahon a helping hand. Although reportedly a second buyer is now interested in buying McMahon's home.

--An avid surfer makes a case for Christian environmentalism (hat tip to Thunderstruck.org.

--I just finished The Brontes: Charlotte Bronte and Her Family by Rebecca Fraser, and thoroughly enjoyed it. I thought I knew pretty much everything about the Brontes, but Fraser provided a fresh take on the subject...fascinating for a Bronte-phile like myself.

--Interesting: Rachel Motte's take, at The Evangelical Outpost, on the Saddleback candidates forum.
Posted by Cindy Swanson at 10:03 AM 8 comments:

Could you be the next celebrity chef? 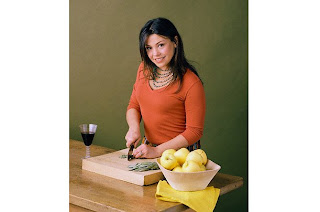 ...and other stuff to tell you

Do you have what it takes to be the next Rachael Ray, Martha Stewart or Emeril Lagasse? Well, here's your chance!

Better Homes and Gardens' website is holding an online video contest to pick a new cooking celebrity. To enter, you just upload your online cooking videos. A group of judges will narrow it down to two...those two will do a cook-off, and the winner gets his or her own cookbook published. How cool is that?

--The vigilante in me LOVES news stories like this one, about an 85 year old woman who foiled a burglary attempt in her home. You go, Granny!

Strobel, best known for The Case for Christ, uses The Case for Faith to investigate what he says are the two most emotional objections to Christianity: Why is Jesus the only way to God? And how can a loving God exist if there is evil and suffering in the world?

“I think there are good answers to these questions,” Strobel said. “Not just historical evidence, but answers that really do satisfy my heart and soul.”

--Lost's Matthew Fox just got a nice raise. Dare I say "worth every penny"?

--Do you like mustaches on men? Apparently they're enjoying a surge of popularity...and USA Today's Pop Candy has an entire post today devoted to mustache-related links.
Posted by Cindy Swanson at 10:55 AM 2 comments:

Was it really 30 years ago today that I walked down the aisle at Baptist Temple in Springfield, Missouri? Amazing.

All my dearest and warmestlove to my wonderful husband, Doug. Below is a song I'd like to dedicate to him today.

No, it's not Michael Phelps 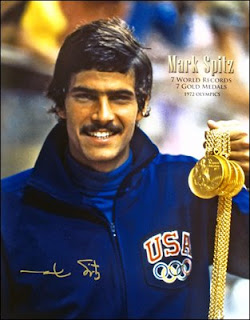 Watching my daughter's enthusiasm over Olympic super-swimmer Michael Phelps, I couldn't help but hark back to my own Olympic crush, circa 1972.

It was Mark Spitz.

As a young teen-ager, I was madly in love with the darkly handsome swimmer who earned seven gold medals in the 1972 Munich Olympics. Never one to moon over pop stars and the like, I was always attracted to athletic guys, and Spitz filled the bill.

Corny as it seems now, I even kept a scrapbook filled with photos and articles about him. Watching him zoom through the waters of the Olympic pools, sleek and muscular, was just as much of a thrill back then as watching the amazing Phelps is now.

So what does Mark Spitz think of Phelps? According to this August 16th article, he couldn't be more admiring and gracious of his successor:

Mark Spitz had one word for the performance that gave Michael Phelps his seventh gold medal of the Beijing Games and equaled his own Olympic record that had stood for 36 years.

"Epic," Spitz said Saturday morning when reached by The Associated Press in Detroit, where his youngest son was playing in a basketball tournament.

Moments earlier, Phelps came from behind to win the 100-meter butterfly, edging Croatia's Milorad Cavic by a hundredth of a second. 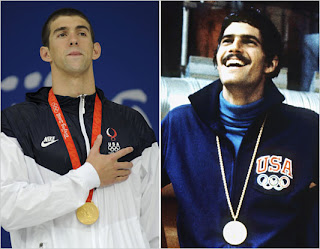 By the way, I love the features today's Olympics TV viewers enjoy now that we didn't back in 1972...like the fascinating under-water shots and the helpful graphics.

And when did wetsuits and swimcaps become de rigeur for Olympics swimmers? For a while, it was all shaven heads and tiny Speedos for the guys, really short haircuts and regular one-pieces for the girls.

At any rate, I've been enjoying what I've gotten to see of the summer Olympics, and cheering Team USA all the way!
Posted by Cindy Swanson at 9:33 AM 2 comments:

I've got some serious catching up to do in the blogging department, since I've been in Texas for the past week! Back home now, though...here's some pics I hope you'll enjoy. Click for captions. (And if you don't know, Payton is my precious, adorable, wonderful 18-month-old grandson!) 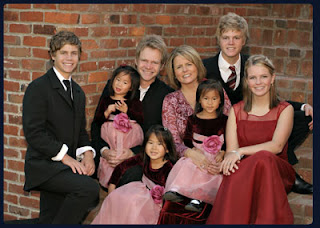 "we're a family with a lot of questions...But that's what faith is. It's living with the questions. That doesn't mean you have the answers. That's exactly what faith is."

Steven Curtis Chapman and his family were on Good Morning America this morning, talking about how the family has dealt with the death in May of 5 year old Maria Sue Chapman. It was a beautiful, faith-affirming, hope-filled story.

You can see it here.

You can also read and comment on the story here (you have to take a moment to sign up, but it's a short process).

The Chapmans are slated to appear on Larry King Live tomorrow, August 7th, at 8 PM Central.
Posted by Cindy Swanson at 7:27 AM 5 comments:

Coming out of blog laziness Due to a mixture of laziness and genuine busy-ness, I've been neglecting this blog for the past few days. However, I have to tell you about this wedding I went to Saturday.

The wedding was that of Jared, the son of our long-time friends John and Vickie, to a lovely young lady named Jessica. The really cool thing about it? The entire wedding--ceremony, reception and all--took place on a yacht off Navy Pier in Chicago.

We cruised around Lake Michigan while Jared and Jess tied the knot and celebrated afterwards. It was absolutely beautiful, with the skyline of Chicago a perfect backdrop to the beauty of nature, the sparkling blue water and the loveliness of the wedding itself. Doug and I had to admit it was one of the coolest things we've experienced.

The picture above is of Doug with Navy Pier in the background. Here are a few more: Me and Doug at the reception
Posted by Cindy Swanson at 8:18 AM 7 comments: