What are your favorite man blogs? 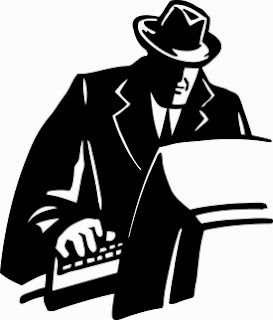 Sometimes, the blogosphere can seem like a pretty feminine place. That's just a perception, of course, because there are tons of male bloggers. In my case, I think it's because I've connected with groups like Christian Women Online who are, of course, well...women.

But as I check my own personal blogroll, I see that there are some men on there. And today I added two more guys who aren't political or theological bloggers--just funny guys who happen to have wives who are also bloggers. They are Big Doofus and Honey, I Fed the Kids (don't you love that name for a blog?)

I thought I would enumerate some of my favorite man-blogs here. Please let me know about others that you really like, in my comments section...or put yourself forward if you are a man-blogger!

My usual disclaimer: as with any blog, my mention doesn't mean I personally endorse and/or approve of everything they say in their blogs.

Here we go, in no particular order:

Whirled View with Dan Burrell--Dan is a pastor (albeit in between churches right now) who has some interesting and insightful thoughts on a variety of issues.

Reflections in Life--Randy is a former co-worker of mine who has an appealing, thoughtful writing style and blogs about all kinds of things.

The Seventh Sola--Joel is another former colleague of mine, whose writing is intelligent, incisive and often humorous.


PyroManiacs--You may not agree with this primarily theological team-blog, but it's doubtful that you'll be bored.

The Journey--Rodney is a Christian radio announcer in Australia who blogs about a variety of things.

The Evangelical Outpost--There's a reason Joe Carter's blog has a massive readership. He never fails to be interesting and timely.

UPDATE (later this same day): Well, I just found out that one of my favorite blogs is back in business! Purgatorio is the creation of a guy (yes, he is a Christian) named Marc Heinrich. He calls it "a panoply of evangelical eccentricities, un-orthodox oddities & christian cultural curiosities," but you just have to see it. Purgatorio took a very extended blogging break, and I didn't know he was back until just today. My very favorite features are the "Divine Vinyl" posts.

Some others worth mentioning:

--I love the sense of humor of I Drank What?, but sadly, he doesn't blog very regularly

--John of Least Signficant Bits is humorous, entertaining, and takes some great pictures

Let me know if there are others I should add to my list!
Posted by Cindy Swanson at 10:25 AM

It's funny that you would post that picture of the guy blogging in the overcoat and suit with a hat because that's EXACTLY how I like to post to my site.

Thank you for the mention, Cindy.

My blogging was touch and go in December, but now that madness is over, I'm posting regular again.

I would post in an overcoat like big doofus, but the tail of the coat keeps getting caught under the wheels of my desk's chair, so I gave that up. I do also wear a suit and tie to blog, even if I'm having insomnia and it's 3am.

I read Malcolm's Pop Culture Dish every day. That's the only one I knew from your list though. I'll have to broaden my horizons in the blogosphere I guess. Great TT!

Two of my new favorites are Big Doofus and Honey, I Fed the Kids. I'm also a fan of Team Pyro and purgatorio. It appears that I have a few others I need to check out.

I've never seen anyone post about male bloggers before, but I'm pretty insulated. I don't get to travel around much to new places because time is so limited. Purgatorio--interesting!

Randy Spradlin said...
This comment has been removed by the author.
8:12 PM

Thanks for mentioning us "guys." There's a few of us out here. I love to write. You need to know that you have inspired me to continue at times when I felt like not doing it anymore. I'm glad you've always been such an encouragement to me about my writing style. It means so much.

Yeah, I'm with Randy on this. There are a few of us out here.

Thanks for the link, Cindy. And Pecadillo, who is currently out arresting bad guys, says thanks as well.