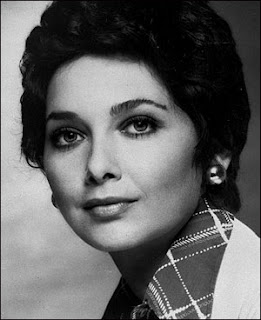 There was no bickering between Bob and Emily, no nagging, mocking or bossing around. Emily could be sardonic, and with that deep voice and steady gaze, no one did sarcasm better than Pleshette. But mostly she had a way of looking at Bob, or saying 'Bob,' that let him know she was either pleased or displeased, and he wisely snapped to.--Robert Bianco, USA Today

I was sad to hear that actress Suzanne Pleshette died Saturday at the age of 70. No matter what she did in her later career, I will always think of her as Emily on the 70's version of the Bob Newhart show.

The husky-voiced actress was suffering from lung cancer.

As Robert Biano writes in USA Today: "Few sitcom marriages have been as much of an equal partnership, he a psychologist, she an even smarter teacher. None was more fun." 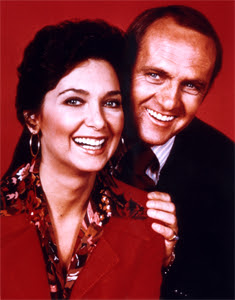 She went on to do a lot of other roles, but the passing of Suzanne Pleshette makes me nostalgic for that 70s version of the Bob Newhart Show, and for TV sitcoms that relied on terrific acting and writing instead of relentlessly dwelling on sex.
Posted by Cindy Swanson at 3:30 AM

I liked her. I also remember her from The Birds. I always thought she was prettier than Tippy Hedron and sould have been the star.

I, too, was sorry to hear of her passing. I liked her.

My goodness, what a class act. I always wanted a voice like hers, not the reedy one I have. She always managed to be smart without annoying, she never caved to the blonde craze, and she made every actor she worked with look their best. I will miss her. Thanks for this great tribute, Cindy.

I loved Suzanne Pleshette. I remember her from the early days when she did movies with Troy Donahue (she later married him, I think).

She will be missed.

It was just a good show. They just worked well together.

I didn't even hear about this till I read it here!!! I will always remember her as Emily too, I grew up with that show....it was wonderful!