What is it about Frenchwomen? No matter how old they are, they seem to be, in the words of an old Rod Stewart song, "ageless, timeless, lace and fineness, beauty and elegance."

We can even thank the French for giving us the term "une femme d'un certain âge." That means "a woman of a certain age," but my blogging friend Marie-Thérèse says it's loosely translated as, "You don't ask and I won't tell."

I don't know when I first discovered Marie-Thérèse's blog, The French Touch, but I was hooked instantly.

M-T is the American-born child of French parents, and it's obvious she was genetically blessed with the unique style and grace of a Frenchwoman. It's hard to believe, but she does admit to being over 60.

Marie-Thérèse is the owner of French Touch Image Consulting,. This from her website:

"As the American-born child of French parents, I have spent a lifetime living in two cultures and adapting the best of French style to my American way of life. I can help you add that French Touch to your Look and to your Life. You'll love the results!
Learn the secrets of French style - how to do more with less, how to add that special accessory, tie that perfect scarf, how to eat what you love and not gain weight."

Musing on why many Frenchwomen seem to age more gracefully than their American counterparts, Marie-Thérèse  writes;

"By the end of the 60s, the pursuit of Femininity had been moved from the Virtue to the Vice side of the Feminist orthodoxy. It was deemed not only to be frivolous, but downright subversive. The French woman sailed through the last four decades relatively unscathed by American-style Feminism. As a result, she continues not only to age gracefully, but to live her whole life as gracefully as she can to the delight of the French man. Femininity underpins everything she is and does. Her individual version of Femininity may be classic or quirky, but she owns it, she works it, and she will go to the grave with it."

If you want to absorb some of a Frenchwoman's tried and true philosophy on aging gracefully, I highly recommend The French Touch. 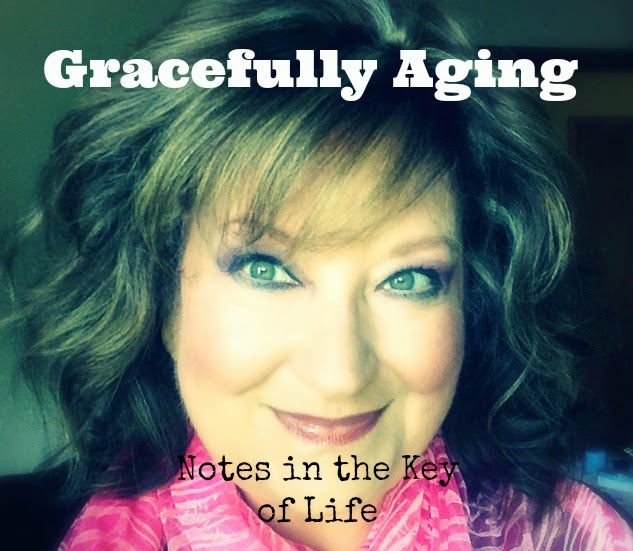 OMG, Cindy, what a flattering portrait you have painted of me. It's so much fun to have your words quoted back at you. It breathes new life into them.

Thank you so much for all the lovely things you said. At the risk of sounding immodest, I can't wait to share this.

M-T, I moisturized my face while still wet this morning! Already taking some of your advice :)
I'm really glad you like the post!

I've already linked to it from my Blog -- check it out, Cindy. And, again, thanks so much for this lovely honor.

I'm hopping over fro M-T's blog to see what you wrote about my bloggy friend and boy did you hit it right. She sure knows how to age gracefully. I was interested to read M-T uses Cetaphil as that is the moisturizer I have found my skin doesn't react to, so I use it as well. I"m glad to know I'm doing something right ;)

I'm off to check out your other 6 days now.

Thanks so much, Grace! Glad you stopped by!