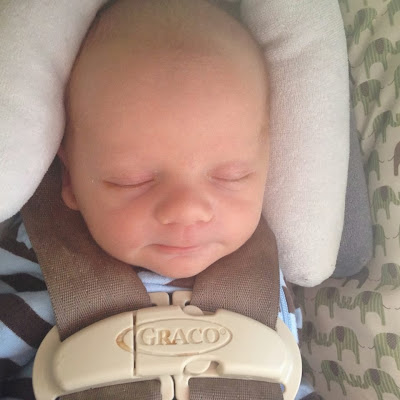 Landon is my third and newest grandchild, and the first one that I was able to be there for his birth! Just as I knew, my heart has expanded to love him every bit as much as I love 6-year-old Payton and almost 4-year -old Josiah.  I'm so glad I was able to spend the first two weeks of Landon's life with him.  Thankfully, I'm going back to Texas for Christmas...I can't wait to see how he's grown and developed by then! 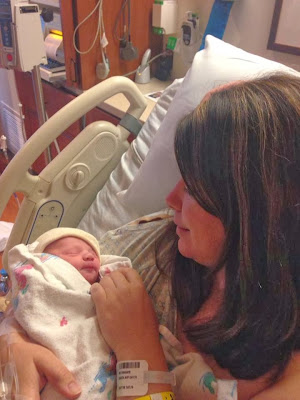 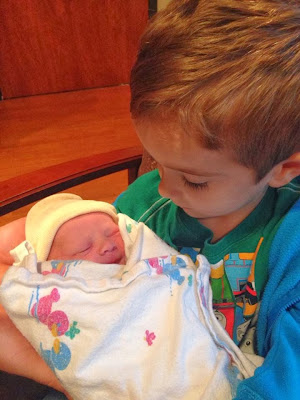 Josiah is enjoying getting to be a big brother! 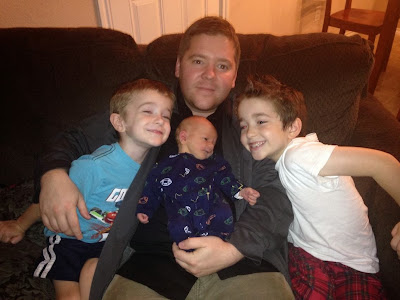 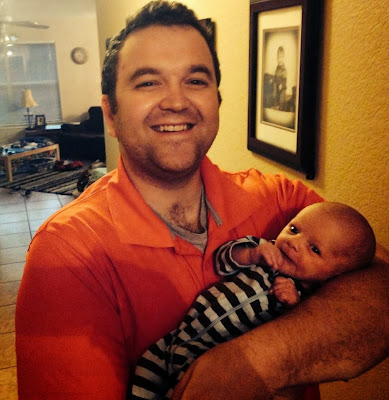 My son Jonathan...a proud daddy with his new little son 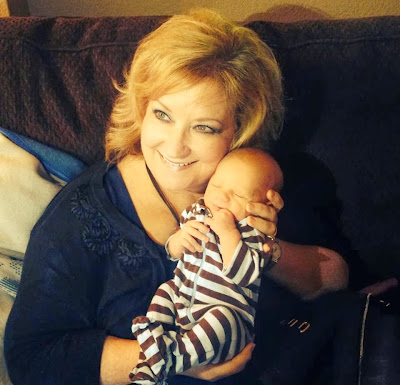 My heart is bursting with love for this little guy!
Posted by Cindy Swanson at 7:04 AM 2 comments:

Danny Gokey's "Hope in Front of Me" 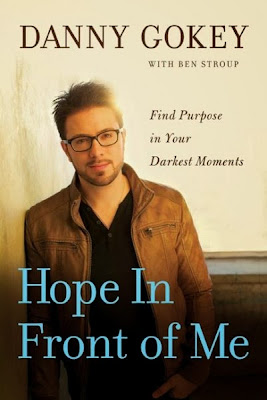 Several years ago, in the eighth season of American Idol, one contestant stood out with his soulful voice and his sad backstory.

He was Danny Gokey.  He went on to place third in the competition, but throughout that season, he was shouldering a heavy burden of sorrow and depression over the untimely death of his young wife.

We knew about Danny's faith in God, but we might not know how severely that faith was tested in the aftermath of his wife's passing.

Fast forward over 5 years.  A lot has changed--Danny's still singing, still recording, heading up a foundation (Sophia's Heart) that provides solid, practical help to the homeless and
underprivileged.

He's also been blessed with a beautiful wife and a little son.

And now he's sharing encouragement in his new book, "Hope in Front of Me: Find Purpose in Your Darkest Moments."

Danny's words have the ring of authenticity, because he's not just talking about discouragement and depression...he's been there, and lived to tell about it.

I was delighted to interview Danny about that book, as well as to catch up with what's been going on in his life lately and hear about his sophomore album, which he's currently recording.  Hope you'll take a listen!

Are there any teachers in your past that made an enormous, lasting impression on your life?

Jerry B. Moseley was my history and social studies teacher in sixth and seventh grade in Vidor, Texas in the late sixties.

Through the years, I've often remembered Mr. Moseley as one of my favorite teachers ever...the kind of teacher whose influence remains with a student for the rest of one's life.  He recognized and encouraged my talents and abilities...a wonderful gift from a teacher to a student.
Some time ago, I re-connected with Mr. Moseley. I did a Google search for him, and found a post on a site for victims of Hurricane Rita.
He was living in a nursing home when the hurricane struck. The staff fled the facility, and while he was shuffled from place to place, looters took all his possessions, including his computer.
An old Navy friend set him up with a place to live in New York State. However, Mr. Moseley's greatest wish was to spend his last years with his stepdaughter (who he considers his daughter) and her family in Albuquerque, NM.

That prayer was answered, and he was able to re-locate to Albuquerque.  He is now in worse health, suffering from kidney cancer.

For some time, Mr. Moseley sent out daily e-mails of his writings to friends and relatives.  I believe they are remarkable, not only  in their storytelling ability but in their wit and spirit.

I decided to start posting these stories on a blog every Tuesday.  Mr. Moseley is now sending me more stories, so I should have a plentiful supply!

The blog is called Turquoise Sky: The Writigs of Jerry B. Moseley.

I've been struggling to get readership for this blog, as I think these writings deserve as wide an audience as possible.  I provide links on Facebook, Twitter and Pinterest.  If anyone has any ideas on ways to promote it, can you let me know?

For example, I was wondering if there are blog circles or bloglists that specialize in this kind of blog.

In the meantime, i do hope you'll check it out!
Posted by Cindy Swanson at 8:22 AM No comments: