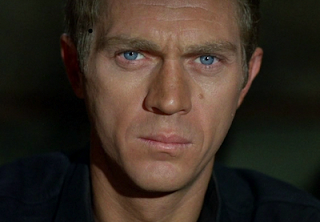 I also knew that he had been married to three beautiful women (actresses Neile Adams and Ali MacGraw and supermodel Barbara Minty), but I didn't know much else. 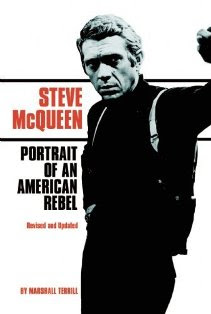 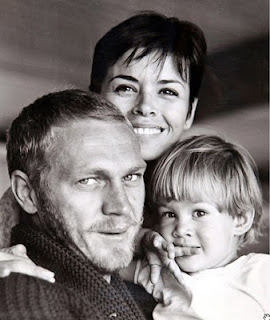 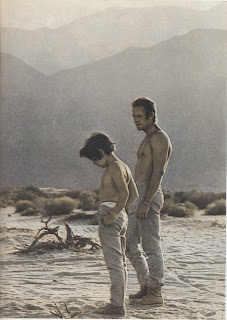 With son Chad McQueen, who went on to act (Karate Kid, Karate Kid 2), produce, and drive race cars like his dad
1971 Sports Illustrated photo by Heinz Kluetmeier (via A Continuous Lean)

Reading this unflinchingly honest book, I wasn't prepared for the stunning conclusion. 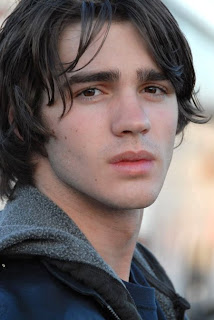 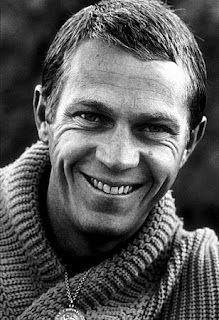 I just read on another blog about a 90 year old woman becoming a believer and I rejoiced.

Now I read that Steve McQueen became a believer and I'm also rejoicing.

I think we may be surprised by the people we find in heaven. I remember hearing John Wayne's daughter share on a TV interview that he had been watching Billy Graham and got down on his knees in front of the TV and prayed to receive Christ.

All I can say is ...praise God for His love and patience and mercy and grace towards us. We don't deserve it but I'm so thankful for it.

So glad I stopped by to read this.

Cindy, I loved this and did not know this story. Just makes my heart rejoice! Thanks for sharing!

And, the Followers will come, don't even give it a thought. As I said in my blog, I didn't even know what a Follower was when I started blogging and enjoyed blogging just as much before I had a one as I do now. But, it is fun to know that there are others enjoying it, or at least I hope they are. :o)

Blessings for a beautiful week of Fall.

This was a beautiful tribute to Steve McQueen, who I had only seen in one movie, THE BLOB! But what a handsome chap, a wonderful talent, and a bright soul that is forever redeemed. Thank you for coming into my life and blessing me with your lovely thoughts towards heaven. God bless you this evening, Anita

Wow:) I only recognize his name. I don't really know anything about his acting. It's great to hear how a believer who shared the Lord with him made an impact!
Lizzie

I remember my mum always going on about him when I was younger but I never thought he was handsome. But looking at these pictures, there's something about him. A colourful life that I had no idea about - great post, thank you! xx

I must say when I first became a Christian I prayed for this man to get saved along with other Hollywood people since then I watched such things a lot. And I am very thankful to the Lord that it sounds like he really did get saved through repentance toward God and faith toward our Lord Jesus Christ who died for all peoples sins on the cross and rose again from the dead the third day and returned to heaven. And is not willing that any should perish but that all should come to repentance wether well known or unknown in this world. Who will have all men to be saved and to come to the knowledge of the truth. And came into the world to save sinners. And I too am glad that one day I will see him in heaven also. And I would encourage all who are reading this and aren't yet saved , he can save them to the uttermost that come unto God by him. He loved us all enough to die for our sins on the cross. God commendeth his love toward us , in that while we were yet sinners ; Christ died for us. And thank you Lord for saving Steve by your grace. And read John and Romans for more about it folks so you to can go to God's heaven and miss hell. Sincerely ;