In September 2007, I found out that I have Type 2 Diabetes. As you'll find if you read the following post, that discovery has changed my life in positive ways as well as negative. Since my heaviest weight, I've lost over 50 pounds. Thirty pounds of that was lost after finding out about my diabetes.

If you have just discovered you have Type II diabetes, take heart! There are many wonderful resources to help you, and I blog about them often.

I'd like to lose about 20 more pounds, so weight loss and exercise are ongoing and frequent topics of my blog. I'd love to hear your feedback on these issues as well!

The following was originally posted on September 16, 2008:

...I mark a year of knowing I'm diabetic 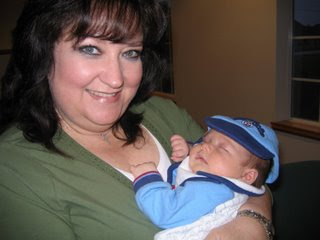 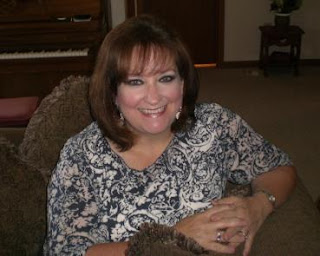 So, a year ago on this date I got the shocking, dismaying, disheartening news that I have Type 2 diabetes.

Actually, it wasn't official yet at that point. As I blogged shortly afterward:

My late father was diabetic (although that's not what claimed his life), my brother is, and a host of relatives and ancestors. For years, I knew I was at risk, and I had great intentions of being proactive and preventing it. Unfortunately, my efforts were sporadic and inadequate.

A couple of weeks ago, my friend Teri was here for the weekend. Teri had just found out a few months earlier that she is diabetic. She kept bugging me to take my blood sugar, and I kept resisting. I guess a part of me thought that what I didn't know wouldn't hurt me.

Now I'm thanking God that Teri insisted. My blood sugar was very high. I made a doctor's appointment, and I'm now taking medication for Type 2 diabetes.

So why am I celebrating?

Don't get me wrong. I would much rather NOT have diabetes, given a choice. However, I'm firmly convinced that if it hadn't been for my diagnosis, I would probably have still been eating horribly...not exercising...making occasional, short-lived attempts to lose weight...putting my health on the back burner, and my life at risk.

Since my diagnosis, I've lost 30 pounds. That may not be a lot for an entire year, but I believe that the entire story could be told in inches, not just pounds...since I've exercised, both cardio and weight-training, faithfully for this entire year.

I've revolutionized my eating...and yet, believe it or not, I enjoy food more than I ever did when I was busily stuffing it into my face. I focus on having fewer carbs, but having the right kind of carbs--whole grains, good fiber, healthy fruit and vegetables. And yes, the occasional treat.

YOU may be able to avoid that diagnosis. Start being proactive now about eating the right kinds of foods and getting fit. Believe me, it's worth it!

This book was a huge help to me, and I highly recommend it.