Zachary Levi of "Chuck" lives out his faith in Hollywood

...and Sandra Byrd's Let Them Eat Cake is a sweet treat 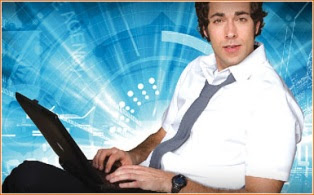 "The atmosphere in Hollywood in general is very anti-conservative, very anti-Christian. The liberal segment of Hollywood, which is 80 percent of it if not more, they look at Christians as hypocrites that are false and fake. The tough part is that in many cases I can’t argue with them. My job on my set, I believe, is to first just love people and gain that trust with people where they know that I really do love them and care about their well-being, so that when they are running into problems, they will hopefully, at some point, come to me and ask me, 'What is your peace all about? What is your comfort all about? Where do you get your love? Where do you get your talents?' And I can turn to them and say without blinking, 'Jesus Christ.'"--Actor Zachary Levi, interviewed in Relevant Magazine

It can't be easy being a Christian in Hollywood, but Zachary Levi seems to have a good handle on it. The actor is the star of the new NBC series, "Chuck," which is already getting some good reviews. The show premieres tonight at 8 PM Central.

Matthew Gilbert of the Boston Globe writes: "The success of 'Chuck' belongs mostly to Levi, who brings an appealingly unassuming tone to all of his scenes, both comic and action-based."

Perhaps it’s that the leading man is so darn lovable. Perhaps it’s that the show sets itself apart as an action-thriller-comedy. Or perhaps it’s that you might laugh so hard watching it that the woman sitting next to you on the plane will ask if you need your medication (true story from this viewer). Whatever reason you find to fall in love with Chuck, I wholeheartedly believe that many of you will.

I liked Levi very much in the now-defunct show "Less Than Perfect," in which he basically played a jerk...but a very funny jerk. At some point I plan to watch "Chuck" to form my own opinion, and I must admit that Levi is a drawing-card for me.

The Relevant Magazine article I quoted was actually written while Levi was on "Less Than Perfect." You can read it here. 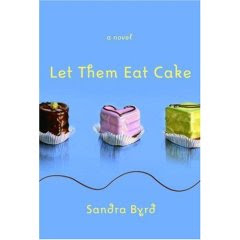 The story is Alexandra "Lexi" Stuart, a 20-something who is having trouble getting her career bearings in a post-college world. When yet another job falls through, this Francophile decides to follow her heart and work for a much smaller paycheck in a French bakery.

Her adventures at the bakery, her attraction to two very different guys, and her steps back to a relationship with God, make for some of the most enjoyable reading I've done in a while. Lexi is an appealing character, and by the time the story wraps up, you feel you've made a friend--and if you're like me, you'll applaud her choice at the end of the book.

After reading this, I handed it off to my 20-year-old daughter, who also devoured it (appropos word for a book largely about food!) in one weekend. While this tale of a "quarterlife crisis" will go over very well with twenty-somethings, age won't matter when it comes to enjoying this book. It's a good story, told with humor and verve, and pages turn effortlessly.

P.S. I really liked the way actual images were interspersed in the copy, such as those of e-mails, application forms, classifieds, personal notes, etc. And the recipes! I'll definitely be trying Boyfriend-Bait Stroganoff.
Posted by Cindy Swanson at 6:24 AM

My girls already wanted to watch Chuck so this will even make it better!!! Thanks for the review! and I will have to read the new book,too!!

i had no idea about z. levi!

Randy Spradlin said...
This comment has been removed by the author.
7:26 PM

Randy Spradlin said...
This comment has been removed by the author.
7:27 PM

Cindy,
Watched the new show 'Chuck.' At least it's a bit more 'family friendly' than most. However, I much rather call the show, "Sarah." Let me just say she stole the show for me!
Randy

Last week's "Entertainment Weekly" gave a glowing review of Zachary's performance, but not as glowing for the show itself. I didn't know he's a Christian. Maybe I'll tune in (but I missed it tonight!).