Biggest Loser is off to an inspiring start 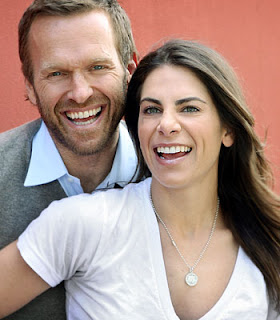 OK,here's what I'm picturing. After the last couple of seasons of NBC's The Biggest Loser, the show's honchos and powers-that-be are around the conference table.

"All right. Obviously we need to make some changes," says one.

"Yep," says another. "E-mails, letters and online forums are telling us that our core audience HATES the drama, the nastiness, the underhandedness and game-playing that has become the norm on the show."

"Ya think?" pipes up another. "Not to mention profanity-laced tirades that have to be bleeped every couple of seconds. We're getting e-mails saying they no longer let their kids watch the show with them."

"Well, let's start giving viewers what they really want. Inspiration by the bucketloads. Motivation to change their lives, because, let's face it, a LOT of the people watching are overweight, and desperately want to make positive changes in their health and fitness."

"So what's causing most of the drama?" the original guy queries.

"Obviously, the competition between the teams of Bob and Jillian."

"Eliminate the Bob vs Jillian competition by having them work together to coach the contestants?"

"Brilliant!" says the second honcho. "But reality shows are all about competition and friction. Where's the drama if they're not working against each other?"

"Oh, believe me, there'll be other little dramas. When you get a group of people together, they're not all going to like each other all the time. There'll be enough friction to keep us going."

"I've got another idea!" pipes up the guy who thought of having Bob and Jillian work together. "Why don't we give the contestants challenges in which they have to work as a team? Things that foster a spirit of unity and cooperation?"

Maybe there was no such conference room exchange, but I would imagine I'm pretty close. The result? The best start to a Biggest Loser season that I've ever seen.

The contestants are almost all genuinely likable; several are downright lovable. Some, like Abby who lost her husband, 5-year-old daughter and 2-week-old son, have heartbreaking backstories that make you root for them every step of the way.

Some, like Rebecca and Amanda, are just funny and cute. (My 24-year-old nephew, watching the show with me last night, said, "Wow, those girls are really attractive.")

Whatever the producers have done to keep me watching, it's working. The Biggest Loser is a high point of my week. I look forward to watching the transformations of these people.

I find it refreshing that there's not a detestable villainess like Vicky, or a sneaky manipulator like--wow, I've totally forgotten the name of the Don Corleone guy from last season.

Of course, it's possible that the show will veer back to its past ways of setting everyone at each other's throats and manufacturing, or at least showcasing, drama-ridden situations that foster ugliness and nastiness.

I hope not. Because for me, at least, this formula is working in a major way. Keep it up, Biggest Loser honchos!
Posted by Cindy Swanson at 6:05 AM 1 comment:

It's all over the Internet and being forwarded by e-mail...one of those videos that you just have to see to believe. But can you really believe it?

On YouTube and elsewhere, the video is being called The Megawoosh. The video clip is of a man--engineer Bruno Kammerl--in a neoprene suit, zooming down a slide, soaring off a ramp and traveling an incredibly long distance before ending up splashing into a small wading pool. Is it for real?

The answer is NO. Actually, the video wasn't meant to be real...it was developed as a viral ad for Microsoft Germany's Office Project 2007.

So how was the video really done? Here's what the website newteevee.com tells us, and I quote:

As some bloggers guessed, it’s a case of creative compositing, meaning that the clip we get to see is based on multiple elements that were combined together to create a final video. A stuntman slides down the slide, secured by a rope. Then there’s a body flying through the air, which is animated. And finally, the big splash. "He actually jumped from a wooden ramp into the pool," explains Koenigs. Of course, you don’t get to see any of this in the final clip, thanks to careful editing that makes it look like a single take.


Judging by the fact that over a million people viewed the Megawoosh video in just the first week it was on the Internet, it looks like Microsoft accomplished their goal of getting people to watch it!

Clearing up another internet rumor, this is Cindy Swanson, CyberSnoop...reminding you to check it out BEFORE you hit that "send" button! 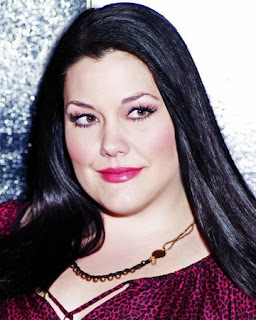 Brooke Elliott dishes about body image, working with icons, and NOT being pressured to lose weight

Television being what it is, I never give a blanket endorsement to a TV show. However, I've seen "Drop Dead Diva" several times now, and I've really enjoyed it so far.

OK, it's one of those someone-comes-back-to-life-after-dying premises. We all know you have to suspend disbelief there, so just enjoy the show for what it is: light-hearted fun with some occasionally serious things to say about the weight issues that most women live with.

The best thing about the show? Its star, the delightful Brooke Elliott. 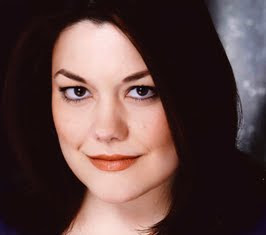 Deb is a slim, air-headed woman brought back in the body of a brilliant but dumpy and overweight lawyer, Jane. Somehow they merge--with Deb getting Jane's overweight exterior and brilliant mind, but keeping her own ditzy personality. Plus, Deb can't seem to remember that she doesn't look like a babe anymore, so she still acts like one.

The lovely Brooke Elliott is absolutely convincing portraying this paradox, and as I told her, it makes me believe that all overweight women should just act beautiful...then maybe it would become a self-fulfilling reality! 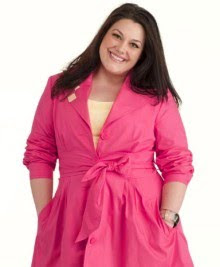 I asked Brooke about having a job in which she feels NO pressure to lose weight...what it's like working with famous guest stars like Delta Burke, Paula Abdul and Liza Minelli..and what about the guardian angel, Fred--will we ever see him again?

You can listen to my 8-minute interview with Drop Dead Diva's Brooke Elliott here.
Posted by Cindy Swanson at 10:54 AM 3 comments: