So what's all this about a Conficker worm? 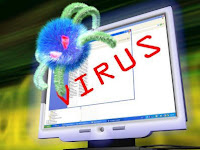 and other stuff to tell you...

Apparently it's no April Fool's joke--and it's not one of those pesky e-mail hoaxes.

If you use a Mac, no worries for you. Otherwise, experts are saying it's better to be safe than sorry.

Here's a CBS story about Conficker and how to protect your computer from it. 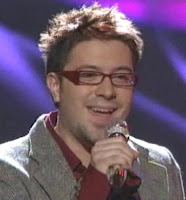 --It's been a tough year for my favorite American Idol contestant, Danny Gokey. Of course there was the death of Danny's wife earlier this year (and subject of an internet backlash by Danny-haters who accused him of using it to get sympathy votes). Well, this blogger from Danny's church says Danny's grandfather passed away and he attended the funeral in Milwaukee over the weekend.

Meantime, for whatever reason, Danny has been slipping in some internet power rankings. But not with Chuck Harvey of One21music.com, which has been following the Christian contestants on AI:

Danny Gokey has been consistently, consistently, consistently good. Michael Jackson, Motown, Grand Ole’ Opry, Danny has delivered every week with every genre. There continues to be a DannyGokey backlash on the Internet but that will not derail his American Idol train. The biggest challenge he has is the success that keeps him at number one in the power rankings. American Idol winners tend to have improvements throughout the season usually have a breakthrough moment (Jordan Sparks with “I (Who Have Nothing)” and David Cook with “Music of the Night”). Danny needs to find a performance to shock people, in a good way.

By the way,those who DVR take note: American Idol will be 20 minutes longer than usual tonight, ending at 9:20 EDT/8:30 CDT.
Posted by Cindy Swanson at 8:54 AM

At work, they had us all do an update to guard against this virus. Why do people create these things?! Technology!

I've heard from multiple sources that the Conficker worm won't be a threat to Mac users, thank goodness