"Son of Hamas" Revisited: A New Documentary about an amazing book 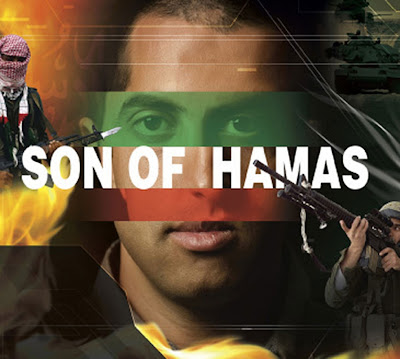 A while back, I reviewed the book "Son of Hamas" on my book blog, Cindy's Book Club.

Now, Tyndale House informs me that there is now a documentary based on the book.  "The Green Prince" premiered September 12th in New York, Baltimore and Los Angeles, to "amazing reviews."

Scroll down for a trailer of the film.

But first, here's my review of the book:


It's rare that I step away from my beloved fiction to read a nonfiction book. Most often it's a biography.

Indeed, Son of Hamas: A Gripping Account of Terror, Betrayal, Political Intrigue, and Unthinkable Choices is autobiographical, but it's a radical reading departure for me.

The Middle East and me

My life has been somewhat connected with the Middle East since I was a child and my parents were missionaries to Beirut, Lebanon.

My brother was born just a couple of weeks after my family was evacuated from Lebanon during the Six Day War in June of 1967.

(Ironically, my brother grew up to serve as a US Marine during the Gulf War, then as a contractor helping train Iraqi police and working alongside the military in Afghanistan.)

Just as I will never forget the beauty of the short time I spent in Lebanon, my heart is saddened at the ongoing violence and bloodshed in the region.

I guess those are the reasons I picked up Son of Hamas. I was intrigued by this story of the son of a founder and leader of West Bank terrorist organization Hamas. 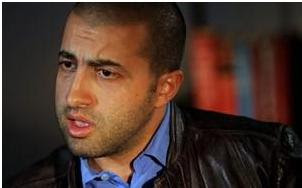 Since he was a small boy, Mosab Hassan Yousef has had an inside view of the deadly terrorist group Hamas. The oldest son of Sheikh Hassan Yousef, a founding member of Hamas and its most popular leader, young Mosab assisted his father for years in his political activities while being groomed to assume his legacy, politics, status . . . and power. But everything changed when Mosab turned away from terror and violence, and embraced instead the teachings of another famous Middle East leader.


Son of Hamas was not an easy read for me. I sometimes felt as if I were reading a history book and that I needed to focus to keep track of the various terrorist organizations and events, which sometimes seemed to run together.

But I wanted to read this book. My brother once shamed me because I couldn't name all the major terrorist organizations off the top of my head, despite the fact that I've worked in radio news for years.

I wanted to educate myself and delve into the inner workings of terrorism and counter-terrorism. Since Mosab ended up collaborating with Israeli intelligence agency Shin Bet for several years, I was definitely able to do that.

Mosab characterizes his father as a kind, humble, devout man who mostly cared about the welfare of his people. However, it became increasingly hard for Mosab to reconcile his father's gentleness--the man literally was unable to kill a bug!--with a person who would encourage and countenance the killing of thousands of innocent people in the name of Allah. 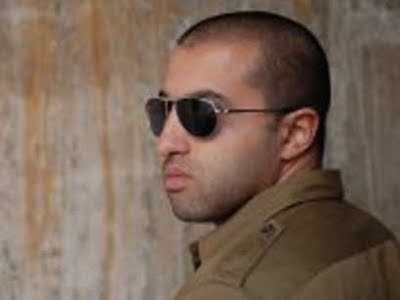 The remarkable power of God's Word

The ultimate reward for sticking with this gripping and violent book was a revelation. I've always known this, but it's still amazing to see it illustrated so vividly: God's Word has the power to dramatically change lives and situations.

At one point, Mosab is invited to a Bible study by a British missionary. As he's always been open to learning about other religions, he decides to go, sort of on a lark.

To his surprise, he really enjoys it. He's given a New Testament, and since gifts are precious in the Arab culture, he reads it.

"I began at the beginning, and when I got to the Sermon on the Mount, I thought, Wow, this guy Jesus is really impressive! Everything he says is beautiful. I couldn't put the book down. Every verse seemed to touch a deep wound in my life. It was a very simple message, but somehow it had the power to heal my soul and give me hope.

Then I read this: 'You have heard that it was said, Love your neighbour and hate your enemy,' but I tell you: love your enemies and pray for those who persecute you, that you may be sons of your Father in heaven"(Matthew 5:43-45).


That was it! I was thunderstruck by these words. Never before I heard anything like this, but I knew this was the message I had been searching for all my life......."


There was no Damascus Road experience, but Mosab is ever more drawn to the God of the Bible and the teachings of Jesus, and eventually converts to Christianity.

I won't tell you anything else about the book, in case you decide to read it for yourself. If, like me, you're used to the entertainment of fiction, it may at times be a difficult read. But it's a remarkable one that will stay with you long after you close the book.

Trailer for "The Green Prince"

Find out more about "The Green Prince"  here
Posted by Cindy Swanson at 9:39 AM