My evacuation from Lebanon 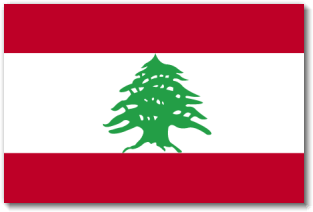 The current Lebanese evacuation brings back memories of June 1967

The ongoing evacuation of Americans out of Lebanon brings back a lot of memories for me, because in June 1967, it was happening to me.

I was 10 years old, and I remember it very well. My family had been in Lebanon for a little over two years, my parents being missionaries with the Baptist Bible Fellowship International missions board.

I have wonderful memories of my time in Lebanon. As children do, my younger sister and I adjusted quickly to life in a foreign country. (My older sister, a teen-ager, ended up returning to the United States early so she could finish high school in the States. At the time, it seemed like she had been gone forever, but in reality she left Lebanon less than a year before the rest of the family did.)

As I wrote in my bio, my time in Lebanon had far-reaching effects on my life. (I reminisce at more length in my bio.)

When we were evacuated out of Lebanon in June of 1967, I was in the closing days of fifth grade at American Community School in Beirut.

My experience at ACS had been quite positive, but it had had some low spots. First of all, having spent the previous year and a half at a British school (Manor House School), I didn't know how to play American games like kickball and baseball. My attempts to do so were abysmal, and I got made fun of. (To this day, the thought of having to play a team sport of any kind makes me cringe, and I generally avoid it as much as possible.)

ACS was also my first introduction to the concept of the classroom bully. In this case, the bully was a girl. Her name was Lisa Harrison, and she was formidable. She pretty much ruled the schoolyard via threats and intimidation. She wasn't a big girl, but she had a flair for tyranny that belied her tender years.

I can vaguely remember her threatening to beat me up at some point, and I remember quaking in fear of her. I can also remember her picking on me for one thing and another--really stupid stuff which today I would just laugh at, but as a skinny little fifth-grader (yes, that was the last time in my life I was skinny), it was all pretty traumatic.

As I look back on it, she just may have been jealous of me. My teacher, Mr. Frank Ford, was wonderful, and I guess I was a kind of teacher's pet. It wasn't unusual for Mr. Ford to praise me in front of the entire class. I was the kind of student who tried very hard to please.

Despite the problems with P.E. and bullies, I still had wonderful experiences at ACS. I thoroughly enjoyed singing in the choir and participating in the Christmas Pageant. (No Winter Pageant or Winter Solstice Pageant for us! Christmas hadn't become a dirty word yet.)

One of my favorite childhood memories is when the choir got to sing on television at Christmas time. After the taping, I came home to a supper of chicken pot pie. I was filled with the joy and general good cheer of the Christmas season.

I can remember the first time I read something out loud in class, and being encouraged and praised for the feeling I put into the words. I'll never forget the passage:

Full fathom five thy father lies;
Of his bones are coral made;
Those are pearls that were his eyes;
Nothing of him that doth fade
But doth suffer a sea-change
Into something rich and strange.
Sea-nymphs hourly ring his knell:
Hark! now I hear them, - Ding-dong, bell.


It was from Shakespeare's "The Tempest." For perhaps the first time, I experienced the unique pleasure of reading words aloud, of using my voice to interpret the written word. I realize that pleasure every day now as a radio announcer and voice-over artist.

And just before we were evacuated out, my class had been rehearsing for a play we going to perform for the school, in which I had a substantive role. It was a play about the Inca Indians and the Spanish conquistador, Francisco Pizzaro (why we were doing a play about that, I have no idea.) I loved it.

Of course, we never got to perform the play.

As hostilities heated up between the Arabs and the Israelis, things were changing. I can remember black-outs. I can remember the constant playing of martial anthems on loudspeakers. I can remember shopkeepers and business people who had previously been kind to us, suddenly becoming cold and aloof.

I can clearly remember my last day at ACS. Mr. Ford wasn't even trying to teach that day. One by one, parents arrived to claim their kids and prepare to leave the country. Obviously, this would be the last day of the fifth grade for all of us.

I remember my dad showing up at the door of my classroom, and being nervous and excited as I gathered my things and got out of my desk. What I wasn't expecting was my classmates gathering around me to say good-bye.

Most shocking of all? The "bully," Lisa Harrison, came up to me and hugged me with surprising emotion. Wow. Maybe she didn't really hate me after all.

That was really one of the biggest surprises I had experienced in my short life--that a person wasn't necessarily exactly what I thought they were, or at least that there were facets or layers to a person that weren't immediately visible. It's a lesson I've often had occasion to remember.

I remember my dad stopping at the U-S embassy in Beirut and getting instructions on what to do. We were given a sticker of a U-S flag to put on the front door of our apartment, proclaiming something to the effect of "This is the home of a U-S citizen...if you mess with it, you'll have to answer to the U-S government" (obviously, that isn't the actual wording, but it was the sense I got from it.)

We had to pack our belongings in big barrels, which meant we had to leave a lot of stuff behind. I remember one of my main concerns was the huge quantity of stories I had written on tiny little notebooks in tiny handwriting. I never did recover those. I think it would be cool to see those childhood scribblings now.

Another concern was all the baby clothes we had to leave behind. My mom was nine months pregnant with my younger brother (another big cause for concern for my family--she could go into labor at any time, and here were were being evacuated out of a country.) A friend had given my mom the hand-me-down baby clothes and blankets, but they were in really good shape. My mom had laundered them and they were at the ready for my new baby sibling, and I used to go sniff them and touch them in anticipation. For some reason it really pained me to have to leave those baby clothes behind.

Finally, my parents had made all the preparations, and we went to the American University of Beirut campus to await our evacuation.

We learned that Americans would be put on planes and flown to various points in that part of the world. (Obviously, the Beirut airport was still functioning, unlike in this current crisis.) Some fellow missionary friends of ours were going to Athens; someone else was going to Cyprus. We found out we would be going to Ankara, Turkey.

We flew out of Lebanon that night, and never returned. My dad tried later, but it never panned out.

I've often wanted to go back. Lebanon was a beautiful country and it holds many pleasant memories for me. Politics aside, on a personal level it saddens me to see it being devastated once again. The time I spent there has influenced me and enriched me for a lifetime.

Cindy, Iwas so glad to read of your escape from Lebanon. How very interesting. I love to learn the stories of the lives behind the pretty faces on blogs. I'll bet you could write a book.

Glad to get to know you better.

Wow, I stumbled across your post tonight when I was looking up Manor House school. I too lived in Beirut in 66-1967 and was evacuated as a 10 year old. We were evacuated to Frankfurt, but did go back to Beirut for a few month before leaving for good in December.

Hello! I believe we have spoken before, and I'm sure we knew each other. I was 11 and in Mr Corsette's class when the war broke out. I lived across te street in the faculty building for AUB, where my father worked. We wee gone in 3 days, women and children first, alphabetically. Last name Buckingham, so we were on our way to Rome and Ohio quickly. I did not get to say goodbye to my girlfriend, the one who had taught me how to make out, and play spin the bottle. Her name was Lisa Harrison. Hah! I return to Beirut about 12 months ago for a few days just to visit. I think it might be my favorite place on earth. I felt so at home, and safe. If you want to see pictures, hit me up on Facebook. I live in Beijing at the moment..Cheers! Bruce Buckingham