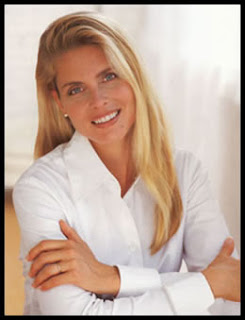 According to the site, "Kim will share about her Christian faith and will teach the professional tips she has learned to become an expert communicator; on stage, on television, and as a spokesperson."

--Could a Bible really stop a bullet? It did in the case of 22-year-old Army Private First Class Brendan Schweigart...and this article speculates on how that could happen. (Hat tip to Barbara of Tidbits and Treasures.)

--I'm delighted to say Catez of allthings2all is blogging again after an absence of several months. This New Zealand Christian has a lot of great things to say, and I've missed her voice in the blogosphere.

--A disturbing study from LifeWay Research. The study finds that 70 per cent of young adults who regularly attended a Protestant church while they were in high school stop going to church between the ages of 18 and 22.

The director of LifeWay Research, Ed Stetzer, believes (and I agree) that the findings "highlight the importance of youth ministry in discipling teens to love God and recognize the importance of being in church fellowship." Stetzer says the study found that about a third of church dropouts resume church attendance later in life, often after they marry and have children.

--A big THANK YOU to everyone who responded to my Comment Challenge! What a way to brighten my day!

Everyone go out and have a wonderful and blessed weekend!
Posted by Cindy Swanson at 9:22 AM

I've noticed that trend of teens dropping out of church after high school. I've almost wondered if it is indirectly because of the youth group. There can be such a strong sense of belonging to the "group," with the group doing separate things apart from the church as a whole, that when people graduate and the group goes off to different colleges and jobs, they suddenly lose that feeling of belonging.

You have another great post!
You have a Blessed weekend!

Hi Cindy
I like visiting your blog, but have never left a comment. I found you via Teampyro. I started blogging a few weeks ago and find that I like getting comments!
I liked your interview with Randy Alcorn.