Get ready to give answers to "The Da Vinci Code" 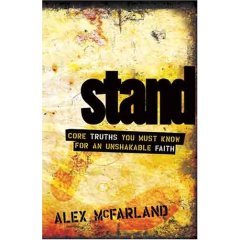 I talk with apologist Alex McFarland...scroll down to listen to an excerpt

"Blasphemy on steroids"--that was Alex McFarland's reaction when he first read the popular but controversial book, "The DaVinci Code," by Dan Brown. McFarland is the director of Teen Apologetics for Focus on the Family.

On May 19th, the movie based on the book, starring Tom Hanks and directed by Ron Howard, will debut in theaters.

However, you won't find Focus boycotting the movie. Such actions are often counterproductive anyway. Instead, the organization has put together a website aimed at helping Christians answer the inevitable questions that will arise from the movie.

McFarland told me in an interview earlier this week, "Ultimately we have a great opportunity...we can say to the world, OK, that's a book, it's a novel, and it claims to be accurate, but it's not. But let me tell you the really exciting thing--it's that Christianity rests on solid foundations, and here's what they are."

One of the authors highlighted on the website is Dr. Erwin Lutzer, author of The DaVinci Deception, who writes: "The movie will confuse lots of people, but Jesus will become the centerpiece of many conversations. For those who are prepared to explain that Christianity rests on solid foundations, the opportunity will be tremendous."

The website includes writings by Lutzer, Lee Strobel, and Dr. Norman Geisler as well as Alex McFarland. McFarland is author of the book, Stand: Core Truths You Must Know for an Unshakable Faith. He calls the book sort of an "intro to theology," and he says it's showing young people that theology is NOT boring.

Listen to a 2-minute excerpt of my interview with Alex McFarland: