I heard from Tilly Cryar! 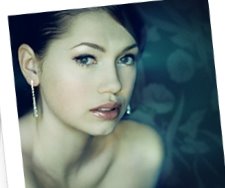 and an update on Johnny Philippidis of Burlap to Cashmere...

Not long ago, I blogged about hearing a lovely female voice on a small radio station here in Rockford. A little sleuthing revealed that the voice belonged to Tilly Cryar, daughter of Christian singer Morgan Cryar. At that time, I sent a shout-out to Tilly to let me know what she's up to, and if she has any plans to record again.

Well, ask and you shall receive, apparently. I got this e-mail today:

A friend sent me your blog about my record, and I was quite tickled by it. I am, indeed, still here at David Lipscomb, and working on writing originals in the same style for another record, hopefully on a label this time- something I have not yet done. But thanks for the encouragement! It made me want to sit down and write immediately, even in the middle of finals week. :)

It was great to hear from this very talented young woman, and I hope we hear more of her music as well. But hey, Tilly...don't neglect those finals! :)

To hear Tilly sing, go here and click on "music."

Last fall, I blogged about the fact that Burlap to Cashmere singer/guitarist Johnny Philippidis had been badly beaten in a road rage incident in New York City.

I was able to interview Johnny's sister, Nicole, a couple of times for updates. At the time, Johnny was still pretty fragile, although he was released from the hospital.

Like an idiot, I lost Nicole's phone number and have no way of getting it back. So I've been looking for info about how Johnny's doing five months later.

I found this blurb that seems to indicate he's progressing very well.

I've e-mailed Steven Delopolous, Johnny's bandmate and cousin, and will let you know if I hear anything from him.
Posted by Cindy Swanson at 8:34 AM