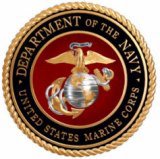 I am deeply grateful for the sacrifices the Marines have made throughout the years to preserve our freedom, and I’m proud of their tradition of bravery and excellence. My hat’s off to all of you--including my own dear brother who served in the Gulf War. Thank you!

A tooth that once apparently resided in the mouth of Napoleon Bonaparte was to go up for auction in London today.

This reminded me of a brief period of time in my teens when I was fascinated by all things Napoleon. I read everything I could get my hands on about the man.

Honestly, I think my avid interest was prompted by a movie I saw on the late-night movie on TV. (For those of you for whom cable TV has always been a part of your life: we used to look forward to and enjoy those late-night movies. That's all there was to watch late at night, until the National Anthem gave way to static snow.)

The movie was Desiree. starring Marlon Brando and Jean Simmons, so my Napoleonic crush was no doubt directed more toward a young and handsome Brando than the actual dictator.

(Couple of trivia notes: Brando wore a fake nose for the role, and the movie was nominated for two Oscars--Best Art Direction-Set Decoration, Color, and Best Costume Design, Color.)

People rating "Desiree" on www.imdb.com are quite critical of the movie ("This is not Marlon Brando's shining hour"), but as a teen-ager, I liked it a lot. It captured my romantic imagination. I even read the book on which the movie was based, , by Annemarie Selinko.

I haven't seen Armand Assante as Napoleon, but I have a feeling I would like it. There's something extremely cool about Assante. He's a good actor, and he actually looks more like Napoleon than did Brando.

Sheepish though I've been in admitting I had a schoolgirl crush on a historical figure, I guess I wasn't completely alone. In looking for reviews of the book on amazon.com, , I found these comments: "As a girl, I had a crush on Napoleon (I know, it is a strange confession). As a teenager, I nurtured those tender feelings by watching Armand Assante play the Emperor in Napoleon and Josephine. And, as a woman, I devoured books about Napoleon's life. How is it then, that I did not hear about DESIREE until I was well into my thirties?"

Wow, someone was as strange as my teen-aged self.

When I really think about it, though, it's not so strange to be fascinated with Napoleon Bonaparte. He really is one of history's most fascinating characters. It'll be interesting to see the ultimate value of his tooth.
Posted by Cindy Swanson at 7:27 AM