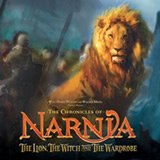 According to an article on the ASSIST Ministries website, Baehr said, "The great news is that the Disney movie version of THE LION, THE WITCH AND THE WARDROBE is not only very entertaining, but clearly retains the deeper truth and essence of C. S. Lewis’s great novel, the first in his great seven part CHRONICLES OF NARNIA redemptive fantasy series.”

The story says Baehr was among the audience at the Director’s Guild just eleven hours after the final edits.

Baehr acknowledges there are some differences between the book and the movie, but he says, "...you have to be very close to the book and very theologically astute to notice the changes...In fact, the movie is a very clear Christological allusion, or imagining, of the story of Jesus Christ."

As a lifelong fan of these books, I've always yearned to see them brought to life on the screen in a way that does the stories justice. I certainly hope that's true of this movie.

NOTE: "Movieguide is a ministry dedicated to redeeming the values of the mass media according to biblical principles, by influencing entertainment industry executives and helping families make wise media choices." --from Movieguide's website
Posted by Cindy Swanson at 8:00 AM