From the Archives: My challenge to the makers of nasty comedies 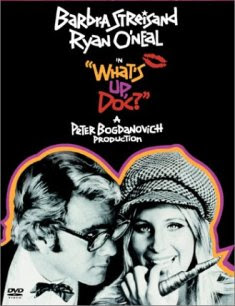 Yes, you, Judd Apatow and all the other film makers of your ilk. Here's my challenge:

Make a comedy--just ONE comedy--that doesn't rely on vulgarity, sex, and profane language to get a laugh. Think you could do that?

Hmmm...I'm hearing crickets. Not only are Judd and the others not listening, but even if they were, there's zero chance they would ever take anyone up on that challenge. I honestly don't think there's any way they could make an entire movie like that, and furthermore, I don't think they would want to.

What brought all this up?

Well, several days ago the 1972 movie, "What's Up, Doc?" aired on cable. I taped it for later viewing with my 21-year-old daughter, who had never seen it.

Now, I don't think I had seen the movie since the seventies, so I was curious as to how it would hold up. Actually, it holds up VERY well. The humor is still fresh and clever, the actors truly fun to watch, the dialogue snappy, the slapstick really funny (and I'm not usually a big fan of slapstick, but this is done very well).

The bottom line, it makes you laugh...and without resorting to filth.

After we watched it, my daughter bemoaned the fact that there are so few movies like that anymore. Even the milder, less offensive ones tend to fall back on sexual situations and bad language. What happened to good, clean, classy, LAUGH OUT LOUD comedies? 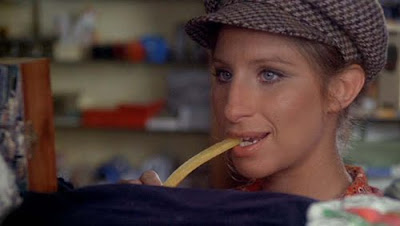 Watch "What's Up, Doc?" and tell me if you miss the degrading, cesspool humor. Tell me if you thought, "Drat it, I sure could have used a way-too-much information sex scene or a million F-words. It would have made the movie SO much funnier..."

Am I the only one who feels this way? If you're with me on this, movie-maker Kevin Smith thinks you and I are in the minority. Smith recently said: "[Profanity] turns some people off, but that's how mostly everybody I know speaks. It's kind of strange. Whenever somebody goes, 'That offends me,' I'm like, wow, what kind of weird, opposite, bizarro frame of mind do you live in? Cursing is just so second nature, you don't even think of it as cursing anymore. It's just your lexicon." 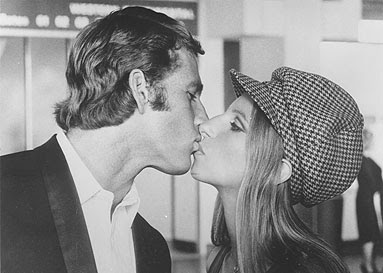 Got any recommendations for movies that are funny AND relatively clean? Even if they're old ones, let me know in my comments section!

Thanks. I'll check out "What's Up Doc". I've been neglecting blogging and concentrating too much on social media.... So glad to see you're still here!! With excellent material, as usual!

Even though we're "Friends" on FB (Phylis Dunlap-Huerta), it nice to see you're still producing quality blogs!!! I gotta get on the ball!

Love "What's Up, Doc?"!! Last year Disney released a film called "You Again" with Jamie Lee Curtis, Sigourney Weaver, and Betty White. Unfortunately it didn't do well at the box office, but it is very funny and surprisingly clean! It reminded me of Disney's clean comedies from the '60s/'70s.

Kevin Smith lives in a bizzarro world, not the rest of us.

BTW, if you want to see a hilarious comedy, watch "The Philadelphia Story" with Cary Grant and Katherine Hepburn. I think it's from 1940 or thereabouts.

Baby's Day Out (1994)- lots of slapstick, some hilarious dialogue, and funny acting from Joe Montegna.

Arsenic and Old Lace (1944)- a quirky black comedy. It's a bit slow at times, but always very clever.

Life Is Beautiful (1997)- a tragi-comedy. It'll make you laugh and cry at the same time.

Mr. Deeds Goes to Town (1936) - one of the greatest comedies of all time, with Gary Cooper at his best.