From the Archives: Gotta Love Those TV Theme Songs! 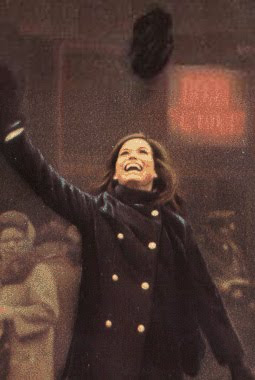 "We're gonna make it after all!"
One of the most popular things Darren Marlar ever did on his morning show was TV Theme Song Day. The lines were jammed with people making their requests, and Darren valiantly tried to find each and every song. This was originally posted on March 29th, 2005:

Every once in a while, we just do something silly and fun on the Marlar in the Morning show on101qfl. Yesterday, we talked about TV theme songs, and the phones rang off the hook as listeners requested their favorites. It ended up being a wonderfully nostalgic walk down memory lane.

However, I have a quibble with the "official" list of the top 10 TV theme songs of all time. Any list that doesn't include the themes to Mary Tyler Moore, the Beverly Hillbillies or M*A*S*H has really got a problem!

Here's the list compiled by Robert Berry of RetroCrush:

OK, I can agree with seven out of 10 of those (although not necessarily in the order Berry ranked them.) But, Twin Peaks?!? And SpongeBob Squarepants has NOT been around long enough to achieve "best of all time" status. I don't think Fat Albert belongs in the top 10, either.

I can think of a few that, while not classic enough to be on the top 10, deserve a brief mention. Who can resist Will Smith's catchy "Fresh Prince of BelAir" rap? And for sheer novelty, there's always the Garry Shandling Show theme from several years ago:

And I'm pretty sure I could come up with all the lyrics for "Petticoat Junction" and "Green Acres"!

Listeners called in requests for their own favorites; everything from "The Dukes of Hazzard" to "I Love Lucy" to "Welcome Back, Kotter."

How about you? Do you have any favorites? Let me know in my comments section.
Posted by Cindy Swanson at 9:11 AM

CINDY DEAREST!!! HELLO! Oh, thank you for coming over for a visit. You are taking me on a journey of memories of my childhood and young adulthood with all these shows and their tunes. You must have an interesting perspective of these things, working in the industry. How are you dear? I hope you are enjoying the anticipation of spring...Love Anita