My interview with Scott MacIntyre 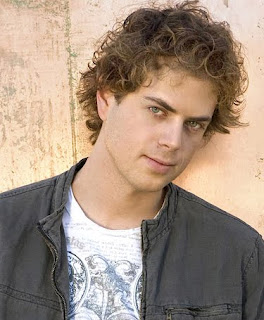 The American Idol Season 8 Top 10 finalist talks about the book he's working on, his upcoming album and what the Idol experience meant to him

Listen to an excerpt of my interview with Scott MacIntyre here.

Scott MacIntyre has never been one to let a disability stand in his way. When he decided to audition for American Idol, he didn't worry about his visual impairment; the deciding factor was when the show began allowing contestants to accompany themselves on instruments.

"As soon as they wheeled a grand piano out on stage, I knew it was something I had to try," he told me in a phone interview today.

Scott tells me that the book he's writing will really go behind the scenes with his experience as the first AI finalist with a disability. One of the most challenging things? Having to memorize where the camera was going to be at any given time, especially while trying to perform choreography.

Fortunately, Scott has no deficiency at all when it comes to brain power. According to Wikipedia: "He obtained his masters degree at Royal Holloway, University of London and the Royal College of Music, where he studied on a Marshall Scholarship, one of the most competitive scholarships in the United States, awarded to only 40 American students each year."

That's just one part of a hefty paragraph on the awards and honors earned by the young musician.

As a Christian on Idol

The Season 8 top 10 included at least three or four people who were identified as Christians, including Scott.

But when asked about how having fellow Christians on the show made a difference, he points to third place finalist Danny Gokey.

"Danny... is the one person on the show that I very closely identify with. I know his faith is real, and it was a pleasure to be around someone like that, especially on tour.”

One part of his personal backstory that Scott withheld while on AI was the fact that he nearly lost his life to kidney disease at the age of 19.

He ended up receiving a kidney transplant, but he says the months in which he was very ill and couldn't sing or play were "intense."

Scott didn't want that part of his life to affect the perceptions of Idol viewers, so he didn't talk about it until after the show, during an appearance on Regis and Kelly.

However, he will delve into it in the book, which he says he's co-authoring with someone who is respected in both the fields of music and writing.

Scott freely gives credit to American Idol for helping make many of his dreams come true--he says there is no other way he could have accomplished the things he's done just since his stint on the show ended.

His album, "Heartstrings," releases March 11th (NOT May, as I erroneously wrote earlier), and he'll also appear on American Idol around that time. An EP of songs from Heartstrings is already available on iTunes.

Listen to an excerpt of my interview with Scott MacIntyre here.
Posted by Cindy Swanson at 1:01 PM

I am so glad to read about your interview. I believe Scott has such a God given talent. I'm glad to hear that he is writing a book too. Scott is from my neck of the wooods and so of course as a Phoenician I was cheering him on. But I also love Danny Gokey and was glad to read that what I thought was true.