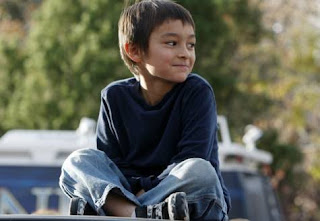 Have you ever agonized over the lateness of a loved one, imagining the worst...and then when they show up, you're so mad at them you could (and sometimes do) scream?

That's kind of how I feel after the Balloon Boy ordeal.

A co-worker and I stole glances at the station TV yesterday, trying to get an update on the soaring balloon.

When the balloon landed without a boy inside, we were both horrified. My husband and I were both literally sick to our stomachs.

My sister in Texas says she was monitoring the situation too, with anguish and concern.

I'm sure tens of thousands of prayers were sent up for the safety of that little boy. Then he turns up, having been hiding in a garage attic the entire time.

To be honest, I suspected--even hoped--that might be the case all along. I even expressed that to my co-worker before I left work.

And before the little boy turned up, a police officer friend told me on Facebook that there was something off about the story that was making his cynical cop instinct kick in.

Now all kinds of questions are being asked about the integrity of the boy's parents and the legitimacy of the entire incident. Was it a publicity stunt?

Even the little boy has said more than once that it was all done "for a show." What?!?

As disturbing as that is, though, I can't help but be happy. We're not mourning a little boy's death today. He was hiding the whole time, for whatever reason.

We were all worried sick, yes. So we prayed...was that wasted time? I don't think so. I don't think it hurts us to pray occasionally for something that's not a real crisis. If our motivation--love and concern--was right, the prayer wasn't in vain.

Maybe we should just keep on praying for Falcon Heene. With a family like his, he just might need it.
Posted by Cindy Swanson at 10:52 AM

How true! How true! What would we do without prayers?