A tale of three pastors

Would you pray at the inauguration?... a Mississippi pastor faces a deadline...and Tchividjian to take the helm of Coral Gables? 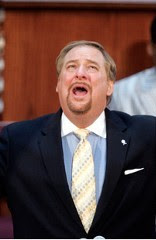 Would you accept if you were asked to pray at the inauguration...and what would you say? That was the question Christian blogger Dan Phillips asked several pastors whose opinion he respects. One of those was local pastor Chris Brauns, of the Red Brick Church in Stillman Valley, IL.

Rick Warren of Saddleback Church gave the invocation prayer at today's inauguration. Many have said he did a fine job, despite the controversy over his selection. You can read the entire prayer here. (By the way, Dan Phillips wasn't impressed.) 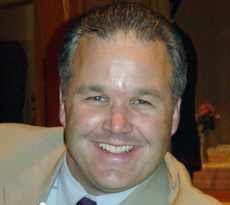 Chris Brauns admits he wouldn't have been on the short list of those asked to pray at the inauguration, but he says, "I am inclined to say that I would accept, provided that there not be any conditions that would insist that I downplay my allegiance to the Lord Jesus Christ as the only true King."

Our Father in Heaven, hallowed be your Name.

We stand today to ask you to bless our country and this president. Father, would you guide President Obama and the United States of America through the night with a light from above?

Lord, we pray that you would protect President Obama from temptation, that you would keep him from situations where he might make mistakes and do that which is displeasing to you. We ask rather that you would give him wisdom with each choice he makes. Lead him to make the right appointment. Give him eyes to act justly, to love mercy, and to walk humbly.

The prayer ends with this:

God, on our knees, we ask again, that you would bless our president. Guide Him through the night, with your light from above.

In the name of the only King, your only begotten Son, the Risen Savior, the Lord Jesus Christ,

You can read the entire prayer at Pastor Chris Brauns' blog, chrisbrauns.com

A crisis for a Mississippi church 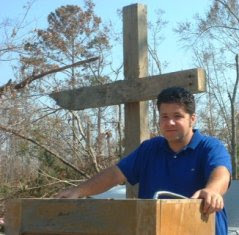 If you've been reading this blog for a while, you'll remember me interviewing Lakeshore, Mississippi pastor Don Elbourne a year after Hurricane Katrina. (Note: I'm sorry that the soundbites in the story can no longer be heard.)

The facilities of Elbourne's church, Lakeshore Baptist, were destroyed by the Hurricane. Since then, using temporary buildings, the church has been the hub for an amazing amount of volunteerism aimed at rebuilding the entire community.

But a county decision could force the church to close its doors.

Here's a link to a video about the church's plight.

Keep Lakeshore Baptist and its rebuilding efforts in your prayers.

A new pastor for Coral Gables?

The Associated Press reported today that Tullian Tchividjian, a pastor and author who happens to be a grandson of evangelist Billy Graham, was set to become the new pastor of the Coral Ridge Presbyterian Church formerly pastored by the late D. James Kennedy.

However, according to the blog of Tchividjian's current church, that's not a done deal yet.

I've had the privilege of interviewing Tullian about his book, "Do I Know God?"
Posted by Cindy Swanson at 9:36 AM

I was totally unimpressed with Rick Warren's weak prayer. However, I'm not a Warren fan anyway. We have too many books on "do this, do that" kind of mentality. The book publishers are having a hey-day putting out such rubbish. Whatever happened to just opening a Bible and reading it and then praying without ceasing?

One other point: Whether people liked or disliked President 43, I was moved to tears when I saw him leave. I have no way of knowing for sure, but I think that Bush is a good man in his heart. I'm not saying "all" his decisions were correct but then again, was anyone's in that position as the leader of the free world?