Ron McClelland of Storyside B

Ron McClelland of Gotee act Storyside:B collapsed today during a basketball game on a Christian cruise, and could not be revived. Since December Ron had been co-hosting WCRJ/Jacksonville's morning show with Theresa Ross as well. Please keep Ron's wife Rebekah (also on the cruise), the band, and WCRJ's staff in your prayers in the difficult days ahead"

Christian singer Aaron Shust posted this comment on his blog:

"I cannot fathom the sadness that must be in the hearts of those who lived close to Ron day in and day out. Ron always had a big smile and a big heart. His words were never anything but kind and complimentary. I believe that we will see him again. In the meanwhile, he will be missed. Let's lift up his family in prayer as we think of them. "

A note on the band's MySpace says that they are "shocked and deeply saddened" at the news of McClelland's death, and will be setting up a fund to help the family pay for funeral expenses.

President-elect Barack Obama's inauguration is being sufficiently covered by the rest of the media, so forgive me for straying from that theme, but...

I'm jazzed about "Lost" coming back!!! 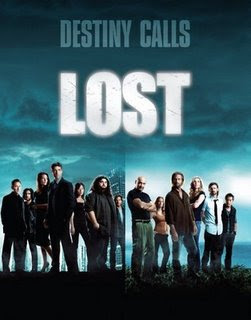 --You can watch a video interview with the "Lost" producers Carlton Cuse and Damon Lindelof here. It's about a Paley Center tribute to the show.

That January 17th event included a screening of the top two episodes of Lost as voted by fans. The winners were Through the Looking Glass, the season 3 finale of Lost, and Walkabout--(SPOILER IF YOU'RE WATCHING SEASON ONE ON DVD!!!)the season one episode that revealed that Locke had been in a wheelchair. (I can still recall my open-mouth astonishment when I saw that!)

Jennifer at
Connect With Your Teens attended the event and blogs about it quite interestingly. Here's an excerpt:

Jeff's final question was how they think Lost will be viewed down the road. One response that Damon gave really stood out in my mind. He said that he hopes that people have great memories of it and will say "when I grew up I watched Lost with my family". All I could think of was the first post I ever wrote on this blog "Why Lost is the best TV show to watch with your teens" and the great times I've had watching and discussing Lost with my family.

--The biggest story in comic books in 2009 is said to be Robert Crumb's comic book adaptation of the biblical book of Genesis. I'm not a comic book devotee, nor am I familiar with Robert Crumb, so I'm wondering if the scripture will be treated with respect.

There's no doubt that Genesis contains some of the most amazing and enthralling stories ever written.
Posted by Cindy Swanson at 9:06 AM

I cannot wait for "Lost" to return. Still the best thing going.