Book by blogger Tim Challies stresses the importance of discernment 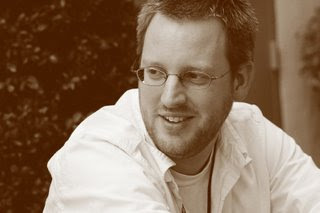 Discernment is the skill of understanding and applying God's Word with the purpose of separating truth from error and right from wrong.--Tim Challies, author of The Discipline of Spiritual Discernment

If you're a Christian blogger, you've heard of Tim Challies. Tim's blog is one of the most widely-known and read in the Christian blogosphere.

Frankly, I've always been a little in awe of his blog. I don't know what I was expecting when I called him up to interview him about his book, The Discipline of Spiritual Discernment, but it probably wasn't the soft-spoken, gracious and humble young man I spoke with. Apparently you can be an uber-blogger and still be nice and approachable. I genuinely enjoyed interviewing Tim, and I can recommend the book to anyone who wants to know more about this vital topic.

Sound clips from the interview

--Tim is the first to admit that his blog helped pave the way for this, his first book. He explains in this sound clip from our interview.

--The book is clear, practical and reader-friendly. Well-placed anecdotes and relatable illustrations keep the attention, and Challies generally avoids obscure theological verbiage in favor of more accessible layman's language. That was intentional, as Challies explains in this sound clip.

--Why is it important that Christians discern truth from error? Tim explains with a fitting analogy in this sound clip...and talks about why a belief in the inerrancy of God's Word is central to discernment.

A skill we need to develop 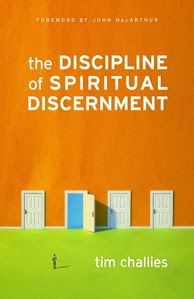 Tim Challies says discernment is a skill that Christians need to develop,not a trait with which we're automatically gifted-- and his book gives you practical advice on how to go about developing that skill.
Posted by Cindy Swanson at 10:52 AM

Girl Raised in the South said...

I'm clueless, I've never even heard of him, but will check it out, and see if our church bookstore carries this book, or can get it. Thanks!

Tim is a faithful blogger, but not only that, he has much wisdom and insight for his young years which comes from an intimate knowledge of Christ. He's written an important book because discernment is badly needed in the Church today, with so much deception in our midst.