My love affair with Ireland began with a book 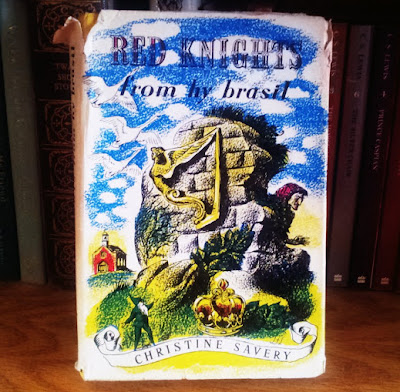 This is the book that began my love affair with Ireland...an obscure little book that I bought as a 9-year-old with allowance money at a little bookstore in Beirut, Lebanon. 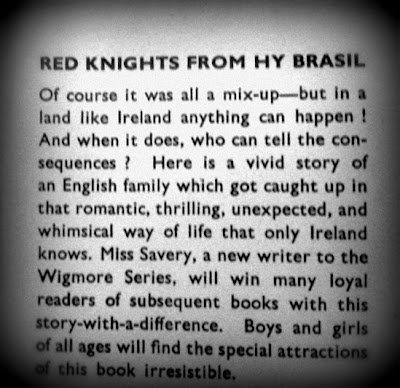 This is the description on the flyleaf.

I had no idea that this book would set me on a lifelong path of fascination with Ireland and all things Irish.
It was only in later years that I realized how much Irish blood was actually in my family.
My dad had often mentioned that his family, the Garretts, were "Scotch-Irish," but I didn't know what that meant...I thought it was just a mix of Scottish and Irish.

I found out later that the Scotch-Irish were people who had originally lived in Scotland, but migrated to Northern Ireland at the behest of King James (yes, he of King James Bible fame), to try to be  good influence on those crazy Irish.

Instead of that happening, all kinds of troubles began that continue to this day.  But I digress.

I found out later that through both the paternal and maternal sides of my family, there were strong strands of Irish blood...not just the Scotch-Irish kind.

But I really didn't know all that when I fell in love with this book...and through it, the mystical, magical country of Ireland.

Although the book is about the Knight family--a group of red-haired English children whose parents are missionaries--the real focus of the story is Shane O'Coghlin.

Shane became my first literary crush.  I think the character was only 14 or so, but he was fascinating.
For some reason, Shane and all the people who lived around him thought he was the second coming of the Irish folklore hero, Cuchulain (roughly pronounced Koo KULlen or Koo HULlen.) 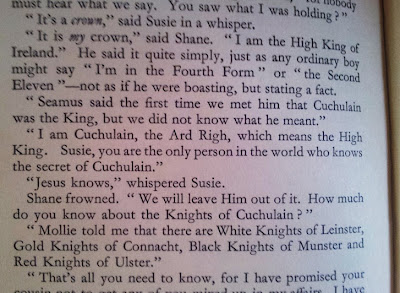 Shane's pride and belief that he's the natural heir to the role of Cuchulain keep him from giving his life to Christ...until the example of the hapless Knights, who are always doing the wrong thing but with the best of intentions,  helps change his heart and mind. 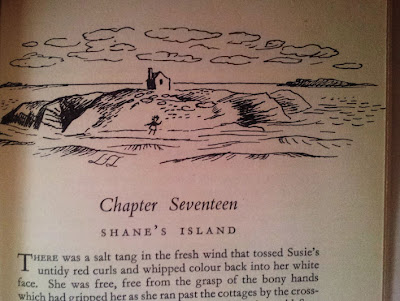 I somehow lost my original copy of this book, but several years ago I found another copy online that was pretty much EXACTLY like the one I had lost.  And that's a whole 'nother story...how I found out who this book had belonged to, and a stunning tragedy that took place in his life. 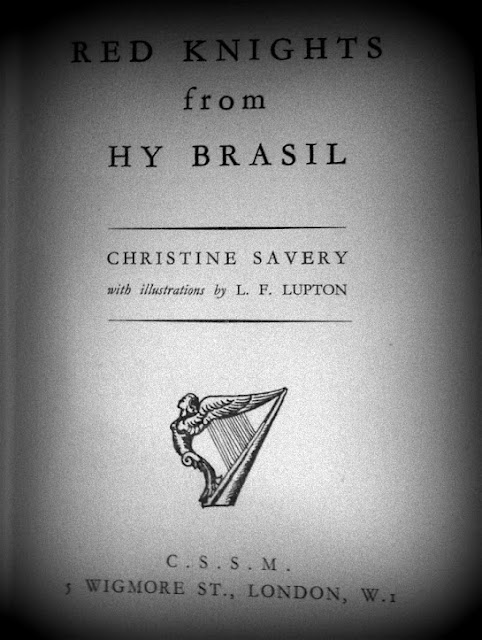 I Dream of Ireland


After reading this book, my fascination with Ireland took root and has never left. Finding out that I have Irish in my ancestry only sealed the deal.

My lifelong, abiding dream is to visit there one day.

Apparently Irish actor Michael Fassbender is planning to star in a movie about Cuchulain.

Oh, and through St. Patrick's Day 2013, I'm celebrating my Irish heritage on my Tumblr blog with all things Irish and the color green.  Check it out if like me, you're a lover of all things Irish!
Posted by Cindy Swanson at 12:25 PM

How wonderful that this book inspired your love of Ireland a such a young age. I love Ireland too! Now I have to pop over and read about who this belonged to. I'm your newest follower, Laura