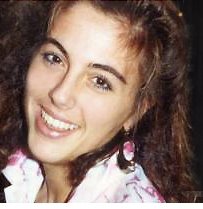 This has been a rather sad week, with the deaths of two wonderful young women locally, and now the anniversary of the death of Terri Schindler Schiavo.

Regardless of where you stand on the "pulling the plug" debate, I cannot understand how anyone can assert that Terri Schiavo was treated humanely in her death. I personally believe that baby seals and lab animals routinely get better treatment, and in some quarters much more compassion and sympathy than did Terri Schiavo--or her parents, for that matter.

As far as I'm concerned, if Terri's parents wanted to take care of her for the rest of her life, regardless of her condition, then WHY NOT???? Maybe I'm too simplistic. I just don't get it.

If anything redeeming has come out of the whole thing, it is the fact that the Terri Schindler Schiavo Foundation has dedicated itself to sparing other disabled Americans the kind of death she endured.

To mark this anniversary, I'd appreciate it if you'd read my June 2005 interview with Schindler family attorney David Gibbs III.

In the meantime, despite the sadness that surrounds us in this fallen world, we can have joy. God is still on the throne, and He is sovereign and gracious.

Have a blessed weekend!