Quote o' the Day from my brilliant nephew 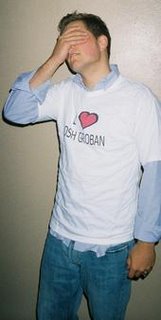 "MTV's 'reality' show known as 'The Real World' is off and running again. I guess MTV doesn't think its audience is sick of seeing drunk people kiss. I know I am. I made the mistake of watching five minutes of the first episode, and let me tell you, it was the worst five minutes in television history. After it was over I felt like I had to take a shower. The lack of morality was astounding. I think it's funny that MTV is trying desprately to help find a cure for aids,while two complete strangers are having unprotected sex on their tv show......hmmmm......I smell irony..... maybe MTV should stop trying to save the world, and realize it's helping destroy it."--my brilliant nephew, "The Swedish Panther"
Posted by Cindy Swanson at 8:09 AM