I need this book. 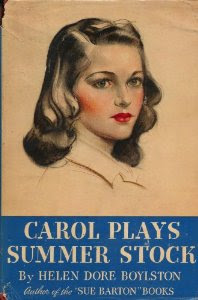 Have you ever tried to locate a book from your childhood or youth?  One that you had lost, or lost track of, or never even owned...but for whatever reason, you really wanted a copy again?

I have.  And I tracked down at least two, with very good results.

I've blogged before about finding  copies of two of my childhood favorites, Red Knights from Hy
Brasil and Auntie Robbo.

That's one of the marvelous things about the Internet.  An obscure book that you thought was lost to you forever can be found on sites from abebooks to alibris to Amazon (Probably eBay? I haven't tried that yet.)

I also found a beloved book for my mom.

Well, the other day something made me think about this book.   I think it was the unusual first names in the book--there was a character named Orchid and one named Remember.

I'm not even sure how this book came into my possession.  Honestly, I think it might have been a library book my older sister never returned. But I read it, and loved it, even at probably 10 or 12 years old.

And as I still do with books I really love, I read it repeatedly.

The book is available on Amazon.  And I was able to find some interesting information about its author, Helen Dore Boylston, on Wikipedia.

I found this description on Goodreads:


Her apprenticeship at Phyllis Marlowe's Repertory Theater behind her, green-eyed Carol Page now faces her first real job as second ingénue at the Richards Village Theater, Winasset, Maine. Along with her go her former classmate Julia Gregg and clever young Mike Horodinsky - Julia as apprentice, Mike as assistant stage manager.

In a rambling old house by the sea, Carol, Julia, and Mike live with the other members of the Richards Theater. Here their days are filled with learning parts, attending rehearsals, painting scenery, and absorbing as much as possible about the business of a summer theater; nights are filled with the excitement of performance. Here, too, Carol learns what it means to combat such forces as townsfolk who frown on the stage as evil, and Maine fog and rain which seem intent on keeping away an audience. She learns how to meet discouragement and how to cope with a girl named Orchid, a professional member of the cast whose training gives her an advantage over Carol and whose glamour is as effective as her technique.


Most of all, Carol and Mike discover the meaning of the theater - its demands, its disappointments, its rewards - and it is with a deeper realization of their love for it that they turn their eyes toward Broadway.


Have you tracked down favorite books?

I'd love to hear the story of how/where you found it! Or just tell me about what favorite book from your past you'd love to find and own. 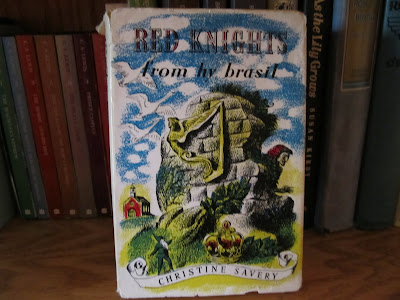 Read the story here of how finding this book led me to a true tale of murder in a tiny English village.

I'm linking up with Thursday Favorite Things at Katherine's Corner! Posted by Cindy Swanson at 6:32 PM

I have a few books my great grandfather gave to me, half on one side, then upside down on the other is another story. Classic stories.

There is another I've been searching for, and even w/the help of librarians it is to no avail, so far!

This was a nice post! I'm visiting/following today from Thursday's Favorite Things.

I love this story. I'm off to hunt down a few favorites from when I was a child.

Oh cool! I have books that I have fond memories of, but the only problem is - I can't remember the names...just have vague memories of the illustrations and themes.