Some good news and bad news? 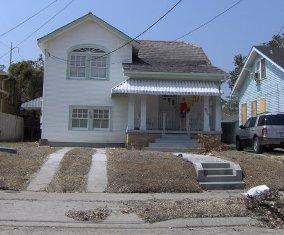 Some good news for my friend Don Elbourne, whose church facilities in Lakeshore, Mississippi were destroyed by Hurricane Katrina. Don's still dealing with those issues, including the need for wells to be repaired.

Though he pastored in Lakeshore, Don's actual residence was in New Orleans. He and his wife were finally able to make a trip back to take a look at how their home survived the storm, and they approached it with trepidation, fearing the worst.

But apparently the water had only reached the top of the porch. Don writes: "...I even reached down to touch the rug because after all I’ve seen over the past three weeks I almost could not believe it was dry. Everything remained where we had left it and nothing in the main house sustained any damage."

With all that Don has to deal with regarding his church, this is truly great news.

APreports that the Washington Nationals have suspended the team's chapel leader for agreeing that Jewish people are doomed if they don't believe in Jesus. Reportedly, the team has asked Baseball Chapel to appoint an interim replacement while the comments are investigated.

According to the AP story: "The decision was made following an article in The
Washington Post. The newspaper reported that Nationals chapel
leader Jon Moeller nodded when a player asked whether Jewish
people are doomed if they don't believe in Jesus."

Baseball Chapel is an international ministry recognized by Major League Baseball. Their website clearly states: "Our purpose is to glorify Jesus Christ!"

I don't know all the details, but I find the story troubling on several levels.
Posted by Cindy Swanson at 7:06 AM