My love affair with biking 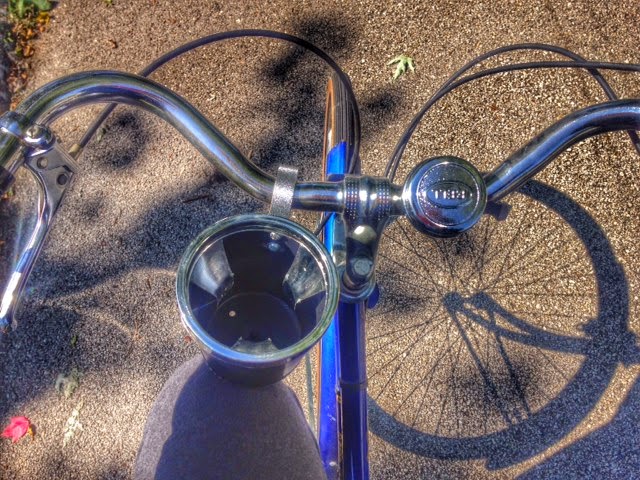 When my husband told me he was going to buy me a used bicycle, my response was "Don't waste your money!"

Frankly, I had no desire to ride a bike.  It has been more years that I would care to count since I had been adept at riding one (think: childhood), and I was more than a little scared of  how my not-so-graceful adult self would fare on a bicycle.\

Thankfully, he ignored me. 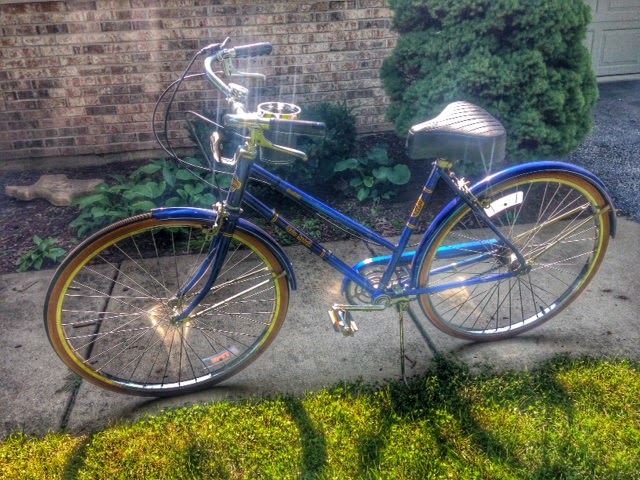 And I'm so glad he did...because this little mama has been the source of an enormous amount of fun, relaxation, exercise, and re-discovering one of the purest and simplest joys of childhood.

"It's just like riding a bike...you never forget how!"

Mmm-hmm. I'm sure you've heard that little saying before.

Well, yes and no.  The truth is...while your body remembers how to balance itself on a bicycle...this grown-up and significantly larger body had a hard time remembering just how to maneuver the contraption with confidence.

My first bike ride, together with my husband, was a disaster.

He had already been riding for several weeks, and even at its worst, his strength and endurance is way above mine.  And he's a natural athlete.  I'm...NOT.

It was one of the worst 55 minutes of my life.  I thought I was going to die.  And I was horribly clumsy and awkward...I kept thinking how my kids would have thought it was hilarious (they're not mean-spirited, but they enjoy ogling a train wreck as much as the next person.)

I was ready to give up after that first awful ride.  But I didn't.  I purposed to take a short spin around my neighborhood every day until I had more confidence.  And you know what?  I finally did! 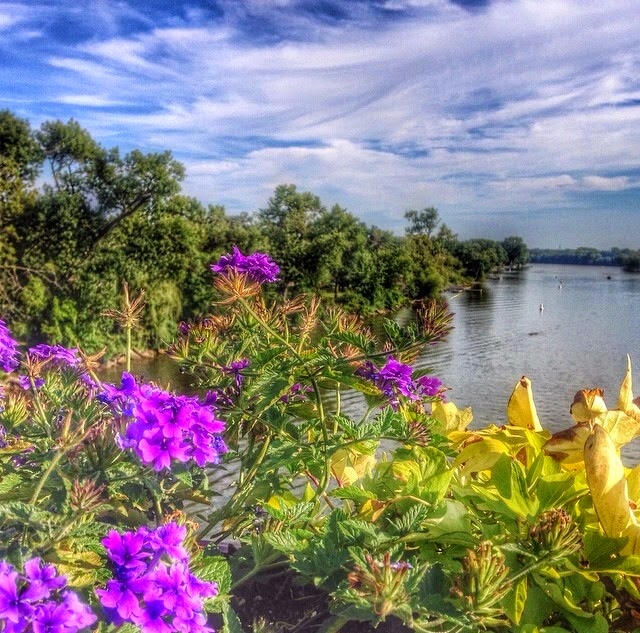 Riding my bike has brought me so much enjoyment this past summer.  Besides giving me much-needed exercise, it has helped me get in touch with and really appreciate beautiful parts of my city, like the ones depicted here, up close and personal.

Living in Northern Illinois, the day will come when I'll have to park my bike for a long hiatus.  I'll be sad when that happens...but I'll look forward to springtime and the first time I can take my trusty little blue friend for a spin again!