Owston Ferry photographer Steve Oatway sent me this beautiful photograph, taken by him, of St Martin's Church in the snow 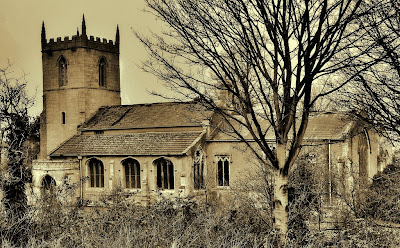 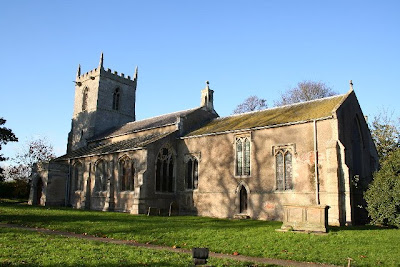 Not long ago, I blogged about my connection with a murder in a tiny English village. It's a pretty fascinating story, if you have a moment to read it.

Granted, my connection is tenuous. It all revolves around a book called Red Knights from Hy Brasil, and this sticker inside the book: 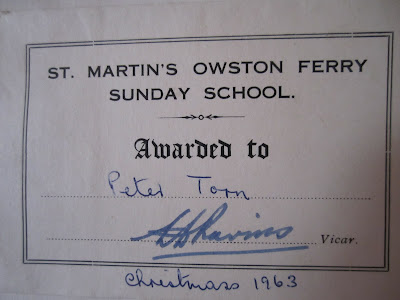 Shortly after writing that post, I got an e-mail from a photographer named Steve Oatway who lives in Owston Ferry and actually knows Peter Torn and even the vicar who signed that sticker (now retired.)

Steve offered to send me some photos of the village, and I haven't received them yet. (UPDATE:  Steve has now sent me a photo of St Martin's, which I posted above.)  But I got curious about St. Martin's Church, and turned up some fascinating photos and info about it on the internet. 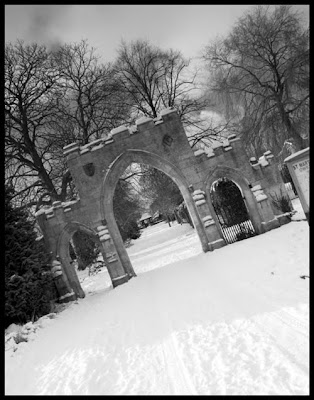 Photo by Paul McConachie via


A very old place of worship

When Steve Oatway told me that St. Martin's is 600 to 800 years old, I was awestruck. We simply don't have buildings, much less churches, in America that are that ancient.


The earliest reference to a church in Owston Ferry is about 1150 CE. As none of the present fabric dates before 1280, there must have been an earlier building on the site. The site itself is within the inner bailey of the "Motte and Bailey" castle which formerly stood there.


A triple archway was built in 1859 at the entrance to the avenue of trees leading to the church. 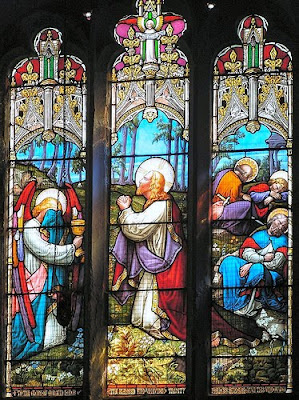 
Stained glass window inside the church

The parish church, situate at the western end of the village of Owston Ferry, is dedicated to St. Martin and contains much of interest to the family historian, not least are those tombs therein of local gentry, the family containing most being that of Pindar, prominent in the Isle since the mid-sixteenth century.
... On the south side of the Church can be seen the mound on which stood in former times the keep of a "motte and bailey" castle, said to have been built shortly after the Conquest and held at one time by the powerful Mowbray famiLy. It was taken by Geoffrey, Bishop elect of Lincoln, in 1174, on behalf of Henry the Second and was later destroyed and never after rebuilt. 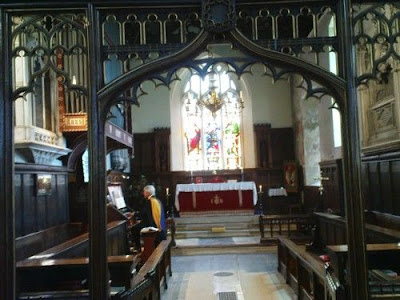 A view of the church's interior, from a Church of England website 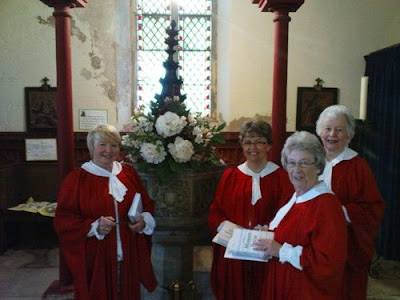 
As a confirmed Anglophile and lover of history, all this fascinates me. How I would love to visit England someday and see this incredible old church for myself.

In the meantime, I hope you've enjoyed these photos.

Note: Every effort has been made to give proper credit for these photos, which do not belong to me

Posted by Cindy Swanson at 8:46 AM

Just discovered your blog and am now your newest follower! Checked out the links - what an interesting story!
Liz @ Shortbread & Ginger

Cindy ,what a wonderful story. I love all of the photos too. I do hope you get to travel to England some day, you will love it! thank you for sharing with us. Hugs!

Hi Cindy
beautiful pictures, awesome post. Thanks for sharing with us at our Thursdays Favorite Things Blog Hop.
Also I'm your newest follower via GFC and Bloglovin
Angel @ sewcraftyangel.blogspot.com